From Zelda Dungeon Wiki
Jump to navigation Jump to search
Want an adless experience? Log in or Create an account.
Great Fairy Fountain 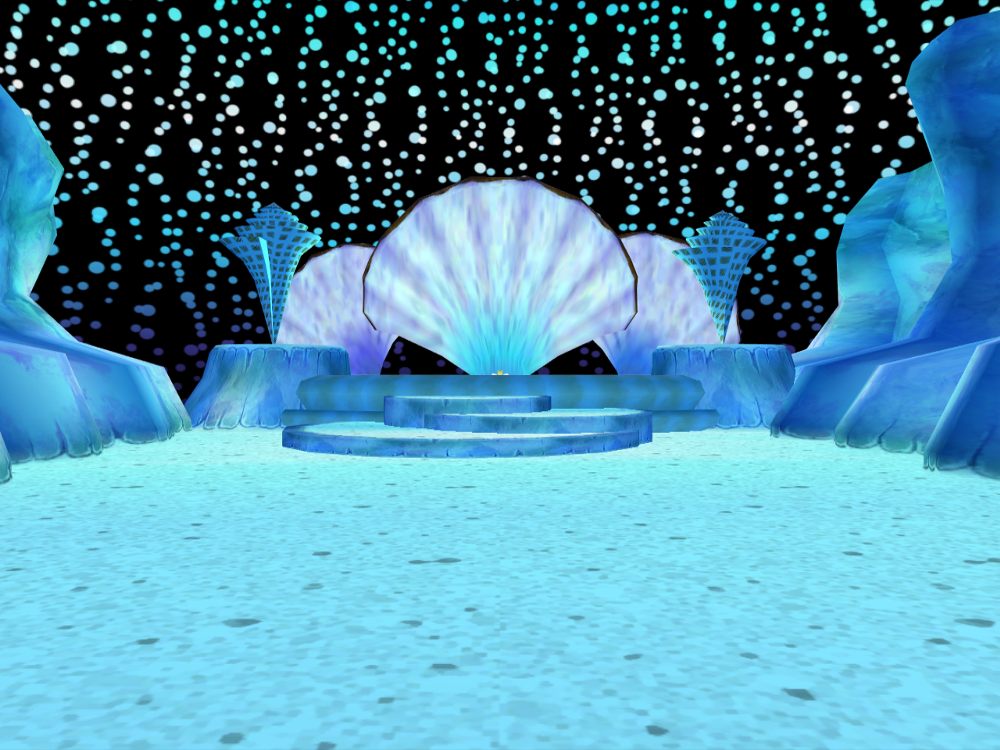 A Great Fairy Fountain from The Wind Waker

Great Fairy Fountains are recurring locations in The Legend of Zelda series. They are places where Link encounters a Great Fairy, who can replenish his health and give him upgrades to certain items or even magic.

In A Link to the Past, the Great Fairy Fountains are scattered across Hyrule in various caves. They restore Link's health. There are also special fountains called Mysterious Ponds where Link can get upgrades for weapons such as the Golden Sword or Magical Boomerang.

Great Fairy Fountains are found all over Koholint Island in Link's Awakening. They are all located in caves, aside from one in the Mysterious Forest and the fountain where the Fairy Queen resides, which is in the Color Dungeon. As in other games, they gladly heal Link, but they cannot grant any upgrades.

The first of six Great Fairy Fountains in Ocarina of Time is located on the summit of Death Mountain as a child right after Link defeats King Dodongo in Dodongo's Cavern. Link must play the Zelda's Lullaby on the Triforce marked pedestal in order to make the Great Fairy appear. If it is Link's first visit, she'll grant him a new power. If it is a re-visit, she'll replenish his health and Magic Meter.

Some Fairy Fountains can be found around the world. They do not contain Great Fairies; instead, there are many normal fairies that can be caught in a Bottle.

A Great Fairy Fountain in Ocarina of Time

In Majora's Mask, Link must find Stray Fairies in order to summon the Great Fairies (who are identical to the ones in Ocarina of Time). The only exception is the fairy in Clock Town, who only had lost one Stray Fairy because of the Skull Kid. The benefits are much like the ones in Ocarina of Time: Link can get a new power on his first visit and a health and Magic Meter replenishment on his re-visits.

Great Fairy Fountains are all located on Fairy Islands throughout the Great Sea, with the exception being the Great Fairy on Outset Island, who is beneath a boulder. They are usually located in seashell-like houses and grant Link upgrades to various items. Instead of restoring his health and Magic Meter, they leave behind lots of normal Fairies that can be caught in a bottle or just used as replenishment to health and Magic.

Link can also encounter the Queen of Fairies by using the Ballad of Gales to warp to Mother and Child Isles. She gives him an upgrade of Fire and Ice to his Arrows.

Link can find the Great Fairies in caverns. They give upgrades to his equipment.

There are three Great Fairies that give Link a different brain teaser to solve. If Link succeeds, he is given an upgrade to a specific item. If Link fails on a question that two of the Fairies ask, the Fairy will either take all of his Bombs or Arrows depending on which one it is.

In Twilight Princess, Great Fairy Fountains are not scattered across Hyrule in secret caves as usual, but are rather hidden in one big secret cave called the Cave of Ordeals. In the Cave of Ordeals, there are 50 floors filled with various enemies that Link must fight his way through. Every time Link reaches the 10th, 20th, 30th and 40th floors, he'll encounter a Great Fairy who will cause Fairies to appear in different Light Spirits' Springs. Once Link reaches the 50th floor, he'll get Great Fairy's Tears in an Empty Bottle, which will grant a temporary increase in strength and replenish all of his health.

Like in A Link to the Past, the Great Fairy Fountains of A Link Between Worlds are scattered throughout caves in both Hyrule and Lorule. The Great Rupee Fairy also has her own fountain in Lorule.

"These pools of water are where the Great Fairies live, and Link can visit them if he wants them to enhance his armor. When Link first visits the Great Fairy Fountains, they will look like giant, sealed flower buds-dormant due to the Great Fairies having lost their power. They will bloom into beautiful flowers once Link has paid tribute in the form of rupees, and the restored Great Fairies will emerge. They are found in four places: near Kakariko Village in Necluda, near Kaepora Pass in Akkala, on Piper Ridge in Hebra, and inside a giant fossil in Gerudo."

A Great Fairy Fountain in Breath of the Wild

There are four Great Fairy Fountains in Breath of the Wild. Each fountain is home to one of the four Great Fairies, and looks like a giant flower bud when first encountered. The fountains are located in different provinces and must be opened before Link can speak with the Great Fairy inside. To open the fountain, he must give an offering of Rupees, with each successive fountain costing more than the previous.

With each fountain opened, the restored Great Fairies will recover additional power and be able to cast stronger spells.

Information about the locations of the Great Fairy Fountains can be found by speaking to various Hylians in the areas near the fountains.