The Adventure of Link Items

This is a list of items and abilities found in The Adventure of Link.

Found in Parapa Palace, the Candle is the first item Link collects. It has one solitary, but important use: to make dark caves light and reveal the hazards within.

The Handy Glove, found in the Midoro Palace, gives Link the power to smash blocks inside of Palaces. Combined with Jump Thrust and Downward Thrust, Link can access items and passages that he otherwise would not be able to.

Found not in a Dungeon, but the depths of Death Mountain, the Hammer gives Link the ability to smash boulders, which not only creates shortcuts and opens new areas in Western Hyrule, but clears forests as well. This function becomes especially useful in uncovering the Hidden Town of Kasuto

Link's first confrontation with the challenging Blue Iron Knuckle yields the Raft, which allows Link to travel across the sea between Western Hyrule and Eastern Hyrule.

The Boots allow Link to walk over certain bodies of water in Eastern Hyrule. They are found in the Maze Island Palace. Once acquired, the boots are used to travel over the sea to the east of Nabooru in order to reach the Palace on the Sea and the third Heart Container

Beyond the secret passage of the Palace on the Sea, Link finds the Flute. This magical instrument can scare away the River Devil that blocks the path south of Nabooru and makes visible the Three-Eye Rock Palace at Three Eye Rock.

Buried underground at the edge of The Hidden Town of Kasuto, the Magic Key allows Link to open any locked door within a palace. It is required to complete the Three-Eye Rock Palace, as no Small Keys are found there. 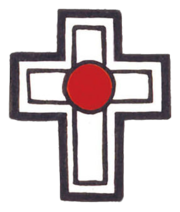 After a bitter duel with Rebonack in the Three-Eye Rock Palace, Link uncovers the Cross. When carried, this sacred item reveals the invisible Moas of Kasuto and the Valley of Death.

Shield temporarily halves the damage Link receives. Link learns the spell at the behest of the Wise Man's Daughter in the Town of Rauru. 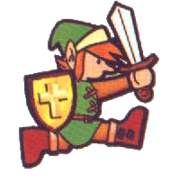 Jump doubles Link's leaping ability. Link is allowed to learn the spell after recovering a stolen Trophy in the Tantari Desert and returning it to Ruto.

Life recovers three heart containers. In order to gain access to the spell, Link must find a young woman's mirror in the Water Town of Saria. 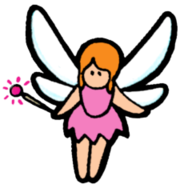 Fairy transforms Link into a diminutive fairy that can fly over obstacles and through locked doors. Link is given the spell after acquiring the Water of Life from the Moruge Swamp to save a sick child in the Harbor Town of Mido

Fire allows Link to shoot fireballs from his Sword. It is the only way to damage Tektites and Basilisks. Link learns the spell in Nabooru after bringing Water to a Thirsty Lady. Link must possess a minimum of five Magic Containers in order to learn the spell.

Reflect turns Wizards' magic against them. It also allows Link's Shield to block projectiles that it couldn't previously like an Acheman's fireball or a Lizalfos mace. Link is allowed to learn the spell from the Wise Man of the Mountain Town of Darunia after successfully rescuing a Kidnapped Child from Maze Island. Link must possess a minimum of six Magic Containers in order to learn the spell. 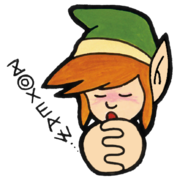 Spell turns most enemies into mostly harmless Bots. It also uncovers a secret in the Hidden Town of Kasuto. Link is awarded the spell after finding the Wise Man in Hidden Kasuto inside of his fireplace. Link must possess a minimum of seven Magic Containers in order to learn the spell.

Thunder, the most potent and powerful magic, destroys most enemies instantly. Link must cast Thunder in order to force Thunderbird's weak point appear. Link is taught the final spell by the Wise Man of Kasuto after collecting all eight Magic Containers.

When Link jumps, pressing down will execute this technique, stabbing anything below, including blocks with the aid of the Handy Glove. Link learns Downward Thrust from a Hylian Knight in the Harbor Town of Mido who resides in the church.

When Link is in midair, pressing up causes Link to stab upwards, damaging anything above. This attack will also break blocks just as Downward Thrust does. Link learns Jump Thrust from the Knight in Darunia. 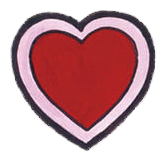 Link begins his quest with four Heart Containers and may double his lifeforce by finding an additional four. Townsfolk throughout Link's quest will offer clues that point him in the right direction to find them. 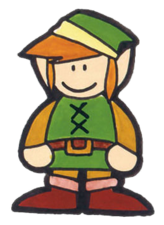 A small number of dolls that resemble Link are scattered throughout Hyrule. When picked up, they give Link an extra life. Once they are collected and the game is saved, they will not respawn.

Small Keys are found within Palaces and unlock doors that block Link's path. While Keys can be used in Palaces other than which they are found, doing so makes completing them difficult as unlike in The Legend of Zelda, there is not a surplus of keys.

The Wise Man's Niece in the Town of Ruto informs Link that a Goriya from the Tantari Desert has stolen the prized Trophy. Returning it to its rightful owner earns Link the Jump Spell 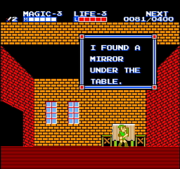 In the Water Town of Saria, a young woman has lost her Mirror. Once recovered, Link is awarded the Life Spell

In order to cure a sick child in the Harbor Town of Mido, Link must recover the Water of Life from a cave in the Moruge Swamp. When Link returns with the medicine, the Sick Girl's Mother permits Link access to the Wise Man who teaches him the Fairy Spell. 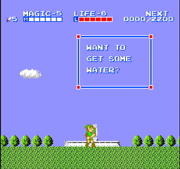 A Thirsty Lady in Nabooru is searching for a drink of water. After bringing her some from a nearby fountain, Link learns the Fire Spell.

In the Mountain Town of Darunia, a mother informs Link that her child has been kidnapped and taken to Maze Island. After a successful rescue, Link learns the Reflect Spell.