From Zelda Dungeon Wiki
Jump to navigation Jump to search
Want an adless experience? Log in or Create an account.
Zelda: The Wand of Gamelon 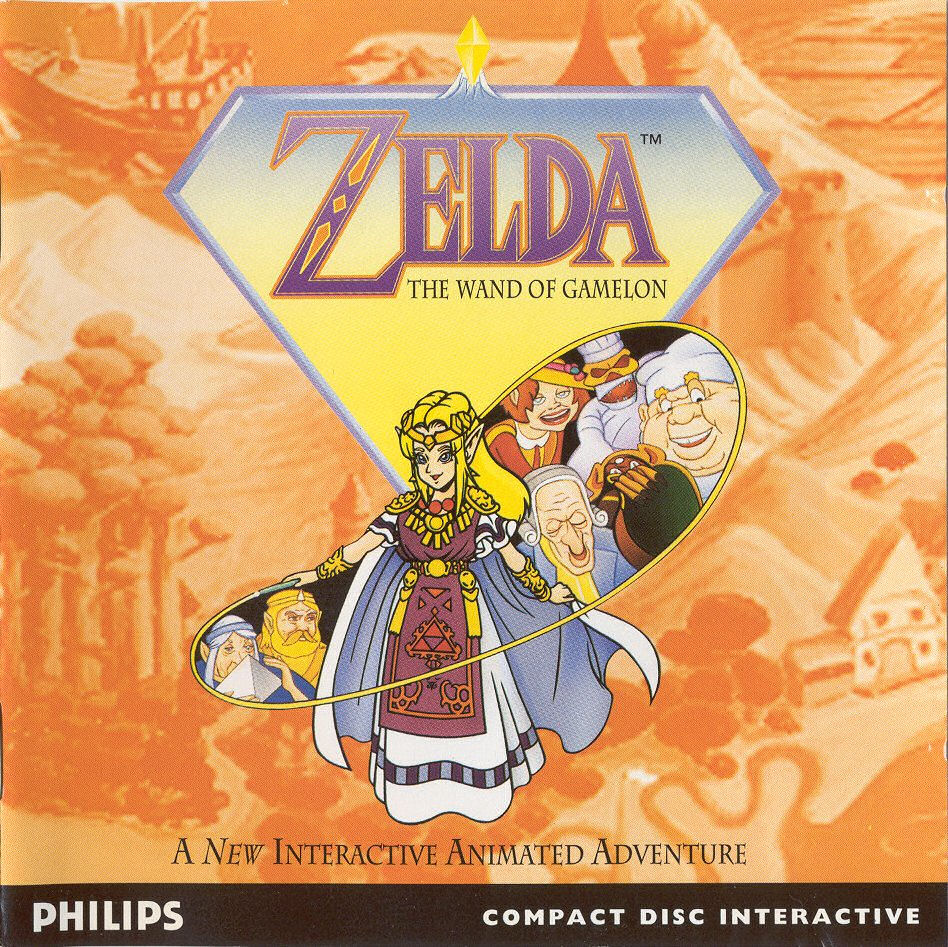 Zelda: The Wand of Gamelon is a side scrolling action adventure game for the Philips CD-i, starring Zelda herself as the main character. It was developed by Animation Magic and released in 1993, on the same day as The Faces of Evil. A sequel to both games, Zelda's Adventure, was released in 1994. All three CD-i Zelda games were the product of a contract between Philips and Nintendo after the two companies failed to release a CD-based add-on for the Super Nintendo Entertainment System (SNES).

The Wand of Gamelon is the first of two CD-i games where Zelda being a playable character (the second being the third and final installment of the CD-i series, Zelda's Adventure). The game play is identical to that of The Faces of Evil.

Unlike the other games in this series, which star Link as the lead character, The Wand of Gamelon has the player controlling Princess Zelda herself as she embarks on a quest to defeat the evil Ganon and save Link and her father, King Harkinian.

This game featured side-scrolling levels similar to The Adventure of Link. In the beginning you are given a map with three accessible locations. Once you choose a location, you enter a side-scrolling level, where you must fight well-known enemies from the Zelda series, as well as meet people who will give you quests. Quests can be completed in a non-linear fashion, and at certain points of this game, there are several locations that will be accessible. There are 90 different characters with whom to interact, and 70 play-fields, including swamps, forests, palaces and a mysterious fairy pool.

Duke Onkled, ruler of Gamelon, is in desperate need of help because his island nation is under attack by the evil forces of Ganon. King Harkinian, sailed to assist the Duke months ago and then disappear. Zelda sent Link to find the king, but now he is missing too. Zelda then takes the Triforce of Wisdom and embark on journey to find her father and Link, and to restore peace to the island!

The game's final battle consists of Ganon yelling at Zelda for bringing light into his lair, and threatening to punish her with death. The battle is rather anticlimactic as all you have to do is use the Wand of Gamelon. Zelda uses the Wand of Gamelon to bind Ganon in "the chains" and sealing him in a book. Ganon informs her that she has not seen the last of him.

Zelda proceeds to rescue her father, but they cannot find Link, so they go have a feast. At the feast, Lady Alma accidentally brings Link back by breaking a mirror (possibly a reference to the Dark Mirror from A Link to the Past).