From Zelda Dungeon Wiki
Jump to navigation Jump to search
Want an adless experience? Log in or Create an account.
Nintendo Land 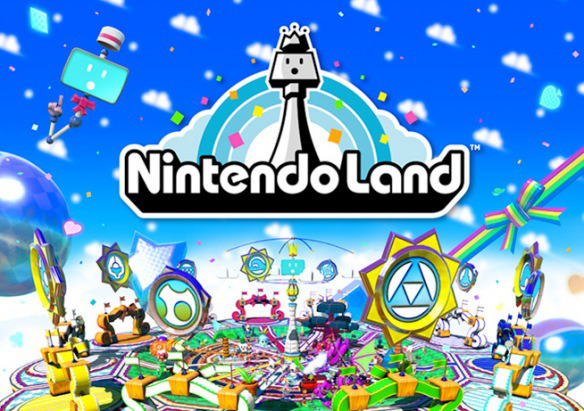 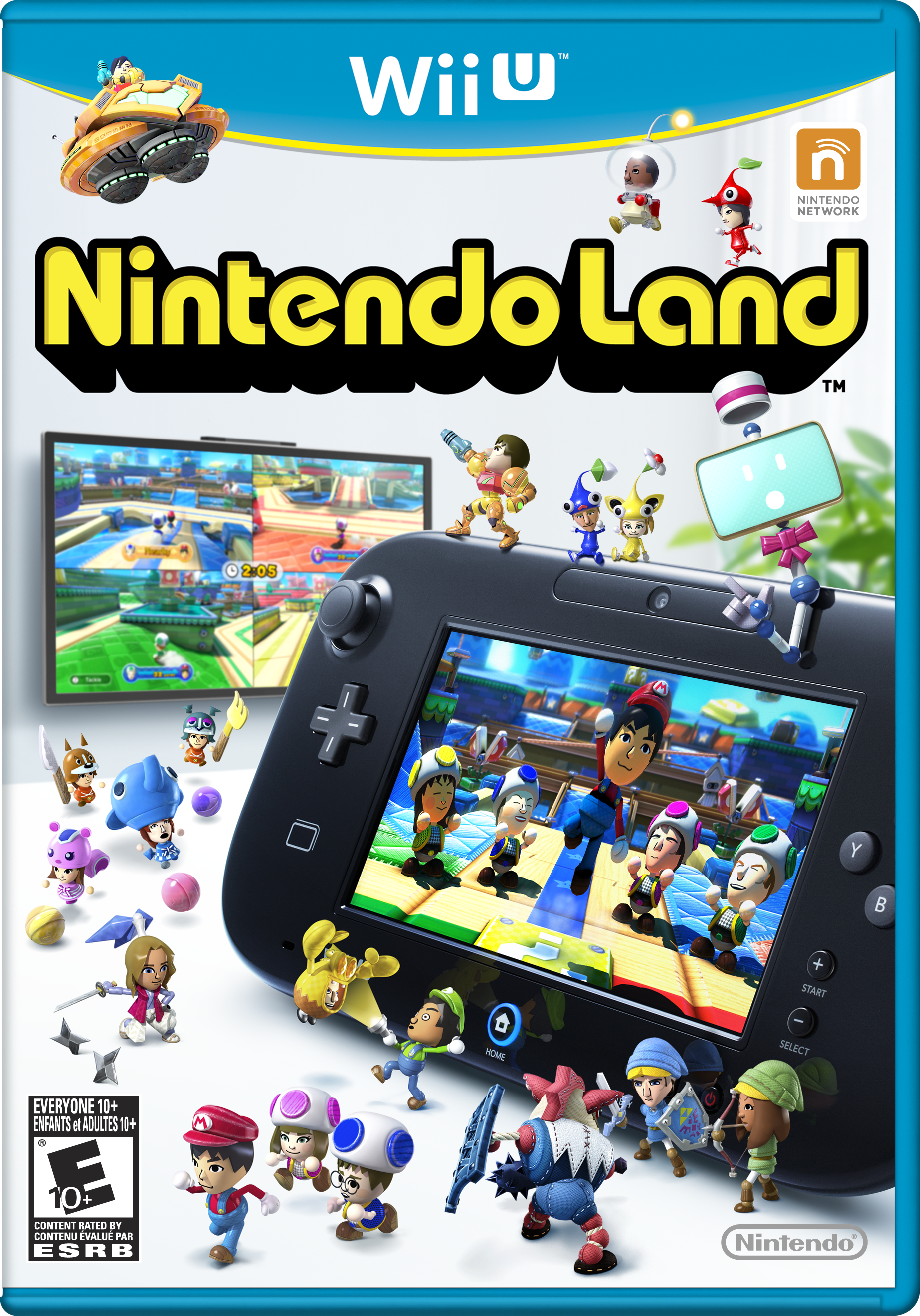 Nintendo Land is a video game for the Wii U that was created to demonstrate the capabilities of the Wii U and the Wii U GamePad. It includes 12 mini-games based on Nintendo franchises. These mini-games include The Legend of Zelda: Battle Quest, Pikmin Adventure, Metroid Blast, Mario Chase, Luigi's Ghost Mansion, Animal Crossing: Sweet Day, Yoshi's Fruit Cart, Octopus Dance, Donkey Kong's Crash Course, Takamaru's Ninja Castle, Captain Falcon's Twister Race, and Balloon Trip Breeze. 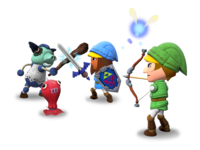 Two players battling a Moblin and a ChuChu.

Pikmin Adventure is a mini-game based on the Pikmin series in which one person plays as Captain Olimar (using the GamePad), and the other player plays as a lone blue Pikmin (using the Wiimote).

Metroid Blast is a mini-game based on the Metroid series in which one person flies the gunship (using the GamePad) and all other players play as Samus on foot (using Wiimotes and Nunchuks).

Mario Chase is a mini-game based on the Mario series in which one player is Mario (using the GamePad) who is then chased around an arena by a player playing as Toad (using the Wiimote).

Luigi's Ghost Mansion is a mini-game based on Luigi's Mansion, in which one player is the ghost (using the GamePad) and all other players are Luigis (using the Wiimote) and players hunt each other.

This Nintendo Land game is from Yoshi's Adventure. In this game, one must ride a Yoshi kart by drawing a line on the GamePad to the door, collecting all the fruit along the way and avoiding all obstacles. However, only so much fruit is allowed between fruit, otherwise the player runs out of energy and it is game over. There are special doors that take Yoshi a certain amount of stages forward and grant a special power up. The only things displayed on the TV screen are doors and the Yoshi kart. Everything else is shown on the GamePad.

This game is about copying the dancer's moves exactly, earning a "perfect" or a "good". The player can either look at the GamePad or the TV screen, but the dancer sometimes references the way they are facing. Additionally, a squid comes down and sprays ink on one of the screens. This game is in a 3/4 orientation, meaning every "round" is 3 moves in a row. Each "round" gets faster.

This origami ninja game puts the player in the role of a ninja who must throw shurikens to win. There are also three power-ups:

These can be unlocked by playing and getting them in game by getting scrolls in pots.

This fast-paced game is based on Nintendo's F-Zero staring Captain Falcon. The player holds the Wii U GamePad vertically and tilts left or right to turn down the track. Tapping the screen allows the car to slow down. Each stage is timed, and if the checkered link is not reached before time is up, the race is over. There are two other ways to game over: hitting red spikes, which are very common in the last four stages, or flying off the track by hitting a rainbow ramp at an angle. There are 12 stages in all, each having its own challenge.