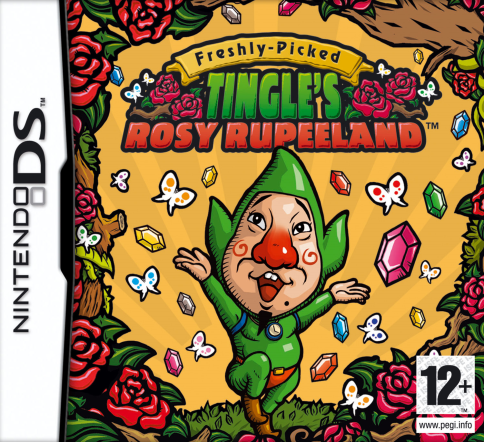 Freshly-Picked Tingle's Rosy Rupeeland is a spin-off game from The Legend of Zelda series for the Nintendo DS handheld game console, developed by the Japanese company Vanpool and published by Nintendo. The popularity of the character Tingle in Japan prompted the development of his own game released on the 2nd of September, 2006. The game was granted a release in PAL format on the 14th of September, 2007 but never received a North American release, most likely due to the unpopularity of Tingle among western audiences.