This is a list of bosses found in Link's Awakening.

Angler Fish is the boss of the fourth dungeon, Angler's Tunnel. This fight takes place in a side-scrolling view rather than the usual top-down view. Angler Fish moves up and down, occasionally sending smaller fish at Link or ramming the left wall, causing rocks to fall. Enough sword slashes to the light hanging in front of his head and Angler Fish is defeated. 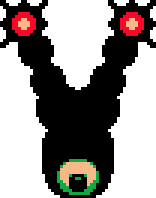 Evil Orb is the boss of the Color Dungeon exclusive to the DX version. It starts out blue, then when Link hits it, it turns green, light green, yellow, orange, then finally red. Link must keep on hitting it, otherwise it will revert to its earlier colors until it turns blue again, starting the fight over. It will sometimes shoot stars and when it's red, it will summon Stalfos. Hit it enough times when it's red to defeat it. 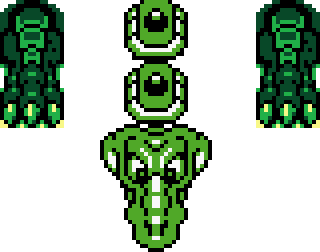