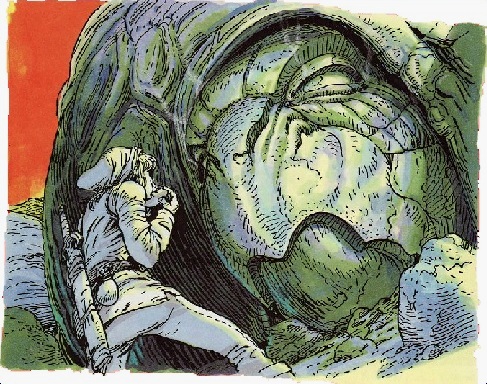 Artwork of the entrance to Turtle Rock

Turtle Rock is the eighth and final main Dungeon in Link's Awakening. It is located in the northeast of Koholint Island's Tal Tal Mountain Range. Here, Link defeats Hot Head and earns the final Instrument of the Sirens, the Thunder Drum. In order to enter the dungeon, Link must defeat the mini-boss of the same name after playing the Frog's Song of Soul. Many mini-bosses from previous dungeons reappear in Turtle Rock, such as Smasher and the Hinox.

The dungeon is large, spread out over one large floor with many different underground passages connecting various rooms. A lot of the area is covered in lava. There are many different paths that Link can take through the dungeon as well. Several mini-bosses reappear and guard important items, though only Blaino, the one unique mini-boss, watches over the Magic Rod, the dungeon's item. The item can be used to melt ice blocks that appear in underground passages.

One of the unique features of Turtle Rock is a strange moveable block that can be pushed and then controlled. As it rolls over a space, it leaves behind a piece of flooring, allowing Link to fill up gaping holes or lava pits with a floor that can be traversed.

Blaino is the only mini-boss that is unique to Turtle Rock. The rest all come from previous dungeons.