From Zelda Dungeon Wiki
Jump to navigation Jump to search
Want an adless experience? Log in or Create an account.
Goomba 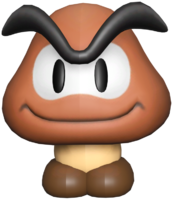 Goombas are mushroom-shaped enemies who are originally from the Mario franchise. They have made a guest appearance in Link's Awakening as an enemy. 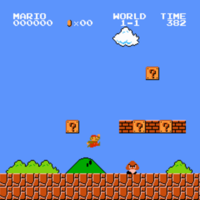 Mario encounters a Goomba in the original Super Mario Bros.

Goombas have made their first appearance in Super Mario Bros. for the Nintendo Entertainment System. They are the most common enemy, and appear as early as World 1-1, which even has a Goomba as the first enemy encountered. They are also the weakest because Mario or Luigi can defeat them through any means, most notably by stomping on them. They simply walk side-to-side in a straight line. Defeating a Goomba gives Mario or Luigi 100 points. Since their debut appearance, Goombas have served largely the same role throughout the main Super Mario series.

Goombas appear in most of the dungeons, specifically the sidescrolling areas, a homage to the Super Mario series. However, Eagle's Tower features Goombas in the main top-down area as well as underground. Goombas even behave very similarly as in their series of origin. They are a very weak enemy as they only inflict half a heart of damage by touching Link, and he can use any weapon to defeat them in one hit.

With the Roc's Feather, Link can jump on a Goomba to defeat it, just as in the Mario games. Defeating a Goomba earns Link a Recovery Heart. Alternatively, Link can drop off the side of a higher platform to land onto a Goomba.