The Legend of Zelda: The Wind Waker

From Zelda Dungeon Wiki
Jump to navigation Jump to search
Want an adless experience? Log in or Create an account.
The Wind Waker 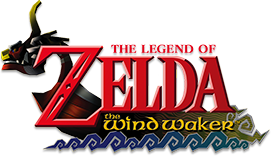 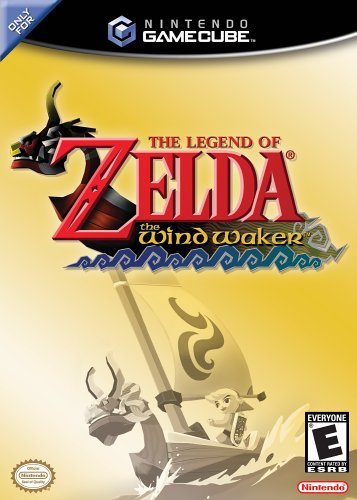 On the day of Link's birthday, his sister, Aryll, is captured by the Helmaroc King. Link joins a group of pirates led by Tetra in order to rescue Aryll from the Forsaken Fortress. However, he is captured upon reaching the top of the fortress and thrown out. After meeting a sentient boat known as the King of Red Lions, Link learns that in order to rescue his sister, he must ultimately face Ganondorf, the true master of the Forsaken Fortress. Using the Wind Waker, Link and the King of Red Lions travel all over the Great Sea in an attempt to locate the legendary Master Sword and find the lost kingdom of Hyrule, including the power of the Triforce.

The Wind Waker continues the 3D gameplay from Ocarina of Time and Majora's Mask, but improves upon it. The game features new sword abilities to combat, most notably the parry attack, which allows the player to strike an enemy of guard at a certain time. The game also features a much larger world than the titles on the N64, and has a seamless transition from sailing to being on an island. Unlike the N64 titles, which have very square dungeons, The Wind Waker's dungeons are more dynamic.

On January 23rd, 2013 during a Nintendo Direct Wii U Games presentation, Nintendo announced that The Wind Waker was to be remade for the Wii U console. The game includes upgraded graphics, a tuned up overall game experience, ability to play it off-screen on the Wii U GamePad, and Miiverse compatibility.[5] It was slated for a release in October 2013.[6]

It was released in North America on September 20, 2013. In addition to updated graphics, The Wind Waker HD includes the Swift Sail, an updated Triforce Shard quest, and a Hero Mode like the one in Skyward Sword. The Wind Waker HD's Hero Mode adds a certain level of difficulty to the game by doubling the amount of damage that Link takes from enemies and removing Recovery Hearts from the game. A few minor changes made to the game are the change to the Pictograph Box to allow it to hold 12 pictures at a time, the ability to take pictures of Link, and the addition of the Tingle Bottle, which replaced the Tingle Tuner.

The Wind Waker is set on the Great Sea. There are 49 islands in the Great Sea to explore along with enemy Submarines and Platforms. He travels the Great Sea with the help of a talking boat known as the King of Red Lions. Link can use the Wind Waker to control the flow of the winds, which allows him to set his course without dependence on the wild nature of the winds of the ocean. When Link arrives at an island for the first time, he can ask a Fishman for information on said island, as well as a map of the territory and its position on the Great Sea.

The Wind Waker's music had an overall Irish theme, with wood winds and string instruments taking center stage in crafting a beautiful sound track for the world to fall in love with. The Overworld theme is replaced with “The Great Sea”. Link does not use an instrument in this game, instead using a conductor's baton, the Wind Waker. With this Link conducts tunes in ¾, 4/4, and even 6/4.