From Zelda Dungeon Wiki
Jump to navigation Jump to search
Want an adless experience? Log in or Create an account.
Star Island 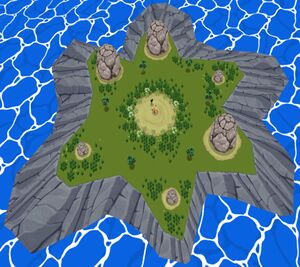 The Blue ChuChu on this island can be found by using a Bomb to blow up one of the large boulders which are located on each corner of the island.

On the island are six boulders: three small ones and three big ones. Underneath five of the boulders are Rupees, items, and Miniblins; however, the sixth boulder leads to an underground secret grotto. Inside of the grotto, Link must defeat Bokoblins, Magtails, and Moblins to receive a Piece of Heart.