From Zelda Dungeon Wiki
Jump to navigation Jump to search
Want an adless experience? Log in or Create an account.
Nintendo Gallery 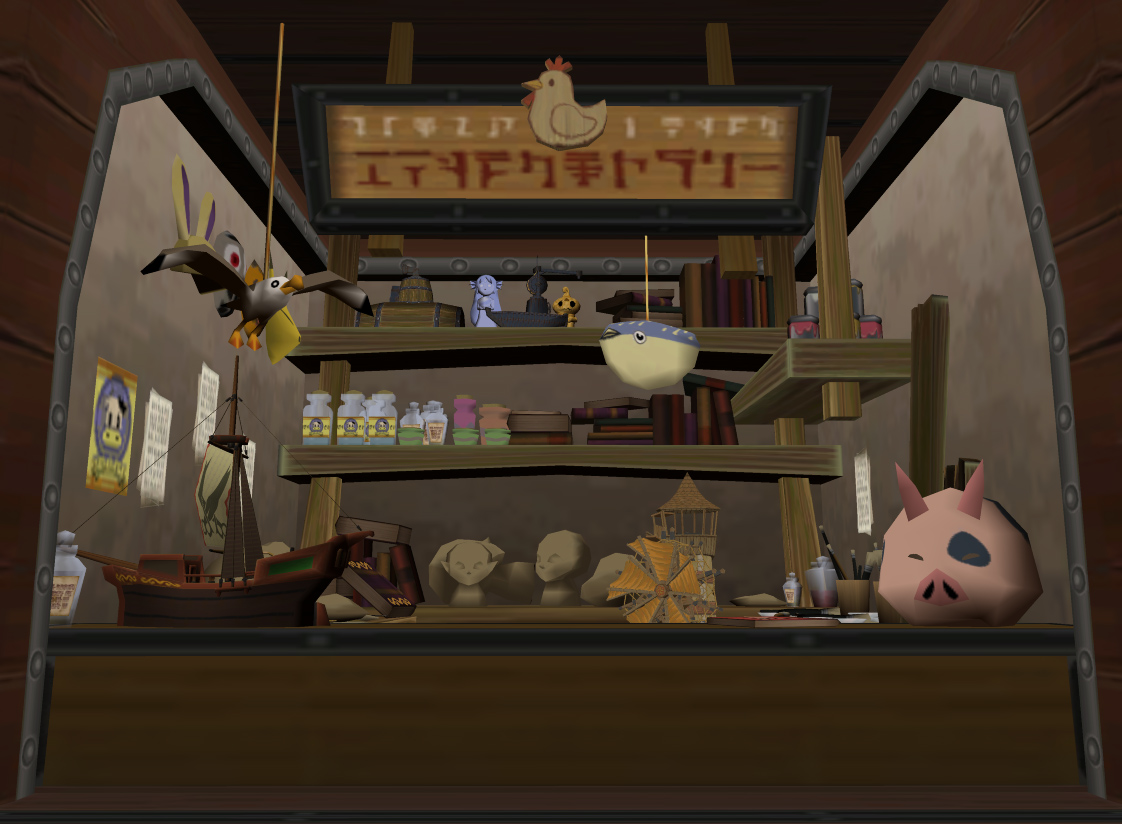 The Nintendo Gallery is a gallery of Figurines that are created by giving color Pictographs to the gallery's owner, Carlov. The Gallery is located on a small, towering island near the Forest Haven. It can initially be reached only by flying with the Deku Leaf, but after hitting a switch (which can only be accessed through the usage of a Hyoi Pear) on the main Forest Haven island, a ladder drops down, making the Gallery accessible from the sea. When Link gives Carlov photographs of respective characters, he will carve them out and place them in separate rooms, depending on the locations the characters inhabit.

There are certain requirements that must be met in order to complete the gallery. The first thing is that Carlov only accepts photographs that are taken in a certain way. If the photographs do not reach these requirements, he will not accept them. Here are the requirements in question:

In The Wind Waker HD, knowing that the right kind of picture is taken has been made a lot easier than it was in the Gamecube version. When a picture is taken in the Wii U version, if it fits the requirements, a golden emblem with Carlov's face on it will appear in the upper left corner. This will help to assure that he will accept it.

Another thing is that certain figurines, upon reaching a certain point in the game, will no longer be obtainable after that point is reached. There are very few figurines that have this requirement, but every figurine is essential if the gallery is to be completed. Lastly upon giving photographs to Carlov it will take one day to fully complete the figurines and until that day passes, Link cannot give any more photographs to him. In the GameCube version, this limit is 1 a day; but in the Wii U version, it is 12 a day.

The Nintendo Gallery has seven rooms, each of which have a theme to them that shows the location of the subject that the figurine was made from. There is a key included with this list to show the figurines that have requirements attached to them. After this list, there is another list that details where to find the subjects that each figurine is made from.