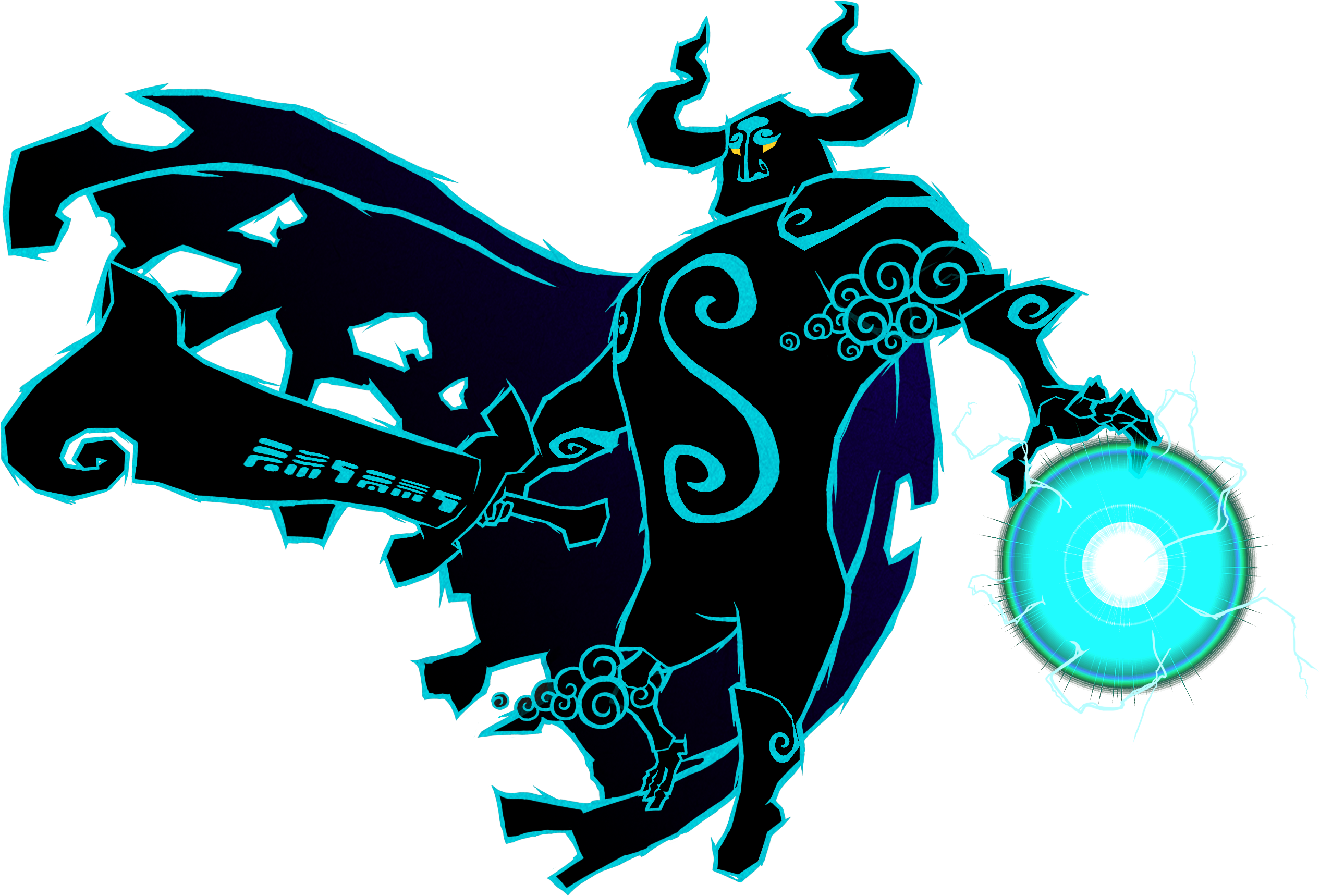 Randomly, Phantom Ganon will also appear directly behind Link as an alternative attack method. A few seconds will before he attempts to use a spin attack on Link. This is Link's chance to simply attack him with the sword, or quickly target him and use a parry attack. After three cycles, Phantom Ganon will be defeated and leave Link alone for now.

Phantom Ganon's sword pointing to the next room

This version of Phantom Ganon isn't too different from when Link fought him in the Forsaken Fortress. The main change here is not necessarily with the battle, but that Link must follow the hints Phantom Ganon gives to progress through this Maze. After successfully attacking Phantom Ganon he will drop his sword on the ground. The direction the hilt is pointing (the small part of the sword that Phantom Ganon holds) will show which door Link needs to go through. Upon entering through the correct door, Phantom Ganon will appear once again. If Link enters the incorrect door, then a particular type of lower difficulty enemy will appear. Otherwise, Link could also chose a separate incorrect room and be returned to the entrance of the maze.

Phantom Ganon and Link playing a game of tennis

Phantom Ganon possesses three attacks during this exploration. The first is a blue orb attack, which is a leftover from the first fight back in the Forsaken Fortress. He will also charge up a pink orb and release it at Link. This is a copy of one of Ganondorf's attacks from Ocarina of Time. If Link times a spin attack just right he can reflect it back to him like the blue orb, in a game of Dead Man's Volley. If it does hit Phantom Ganon it will instantly cause him to fall to the ground, unlike the blue orb which takes a little bit of tennis. Finally, Phantom Ganon has one last attack where Link will be encircled by a few different Phantom Ganons. The only way to tell which one is the real one is to know that the real one is always directly Link. No matter the time or how many times this attack has been produced, the real Phantom Ganon is always in the same place.

After entering the correct door six times from the entrance, Link will reach a final room which looks slightly different. After defeating Phantom Ganon in this final room the Light Arrows will appear in a chest. Continuing through the next door, Link will be transported back to the main chamber. Link can then take out the Light Arrows and shoot Phantom Ganon with one to destroy him for good.