From Zelda Dungeon Wiki
Jump to navigation Jump to search
Want an adless experience? Log in or Create an account.
Ganondorf 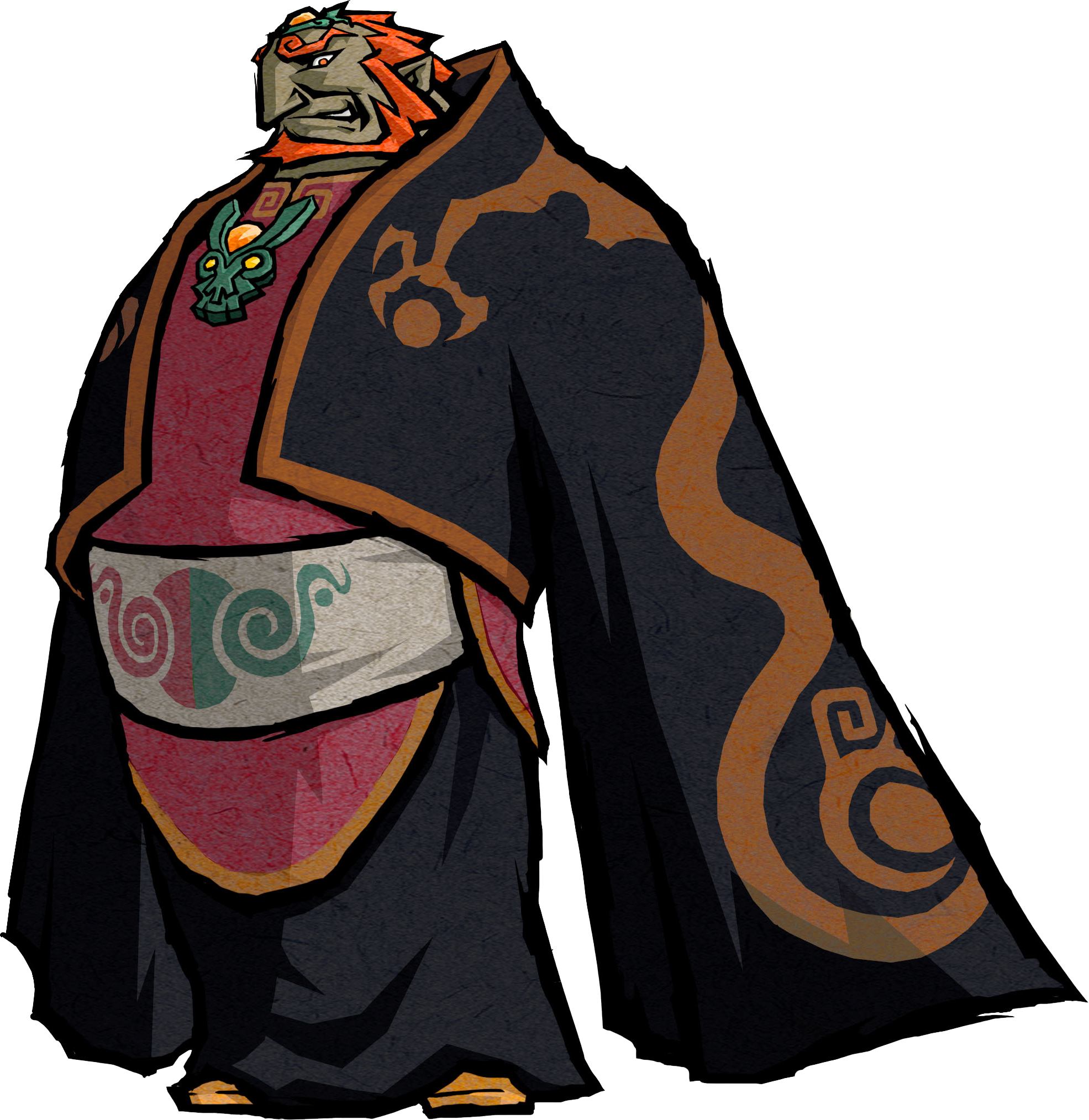 Ganondorf is the final Boss that is encountered in The Wind Waker. After appearing several times earlier in the game, he attempted to obtain the Triforce with the elements that resided in Zelda and Link. Before he could touch the Triforce, the King of Red Lions appeared and touched it before Ganondorf. The King asked for Hyrule to be washed away, rather than Ganondorf's intentions of restoring it. This enraged Ganondorf, which is the precipitate for the final battle.

At the beginning of the battle, Zelda will tell Link that she's going to help him by covering him with the Bow. To complete the first phase, Link will need to walk around the area so that Ganondorf is between Link and Zelda. Link will need to watch out for Ganondorf's attacks; mainly his attempts to attack him when the two get close together. Ganondorf will also fly across the area at times when the two are far apart from one another. To make the fight easier, Link can use the Boomerang on Ganondorf to stun him and prevent him from attacking. Zelda will then shoot Ganondorf with a Light Arrow, which is Link's cue to start attacking him with the Master Sword. After a few hits Ganon will return to normal and begin attempting to attack Link again. After a few more light arrow and sword hits, Ganondorf will get angry and backhand Zelda, knocking her unconscious.

Link attacking Ganondorf while he is stunned

As Zelda is momentarily gone, it is now a one on one fight. Ganondorf will now continuously launch attacks at Link, for which he can only roll or jump out of the way to avoid them. The only way to attack him is to wait for him to jump at Link. Right before he lands his attack, use the Parry to attack him with the sword. After repeating this process a few times and Zelda will wake up again.

Link can now run over to her and she will tell him she's going to aim for Link's shield, causing the Light Arrow to reflect off of it and instead hit Ganondorf. Face towards Ganon and pull out the shield. Zelda will shoot a Light Arrow, which will hit Link's shield, and then redirect into Ganondorf. Link can then perform a final Parry on Ganondorf, where Link will jump high into the air and stab Ganondorf in the head with the Master Sword. Ganondorf will say a few final words and then turn to stone, effectively defeating him.