3.1 Path to the Island Palace 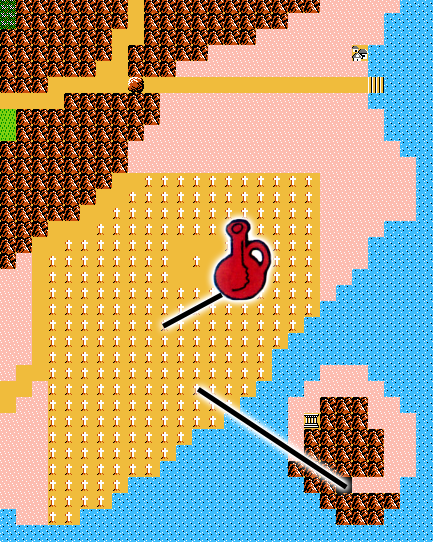 From North Palace, go southeast towards Rauru and use the Hammer on the boulder. Go right on the fork in the road right after it. Move into the center isolated tombstone to find King’s Tomb. There is nothing else here, so move on. If you go a little southwest from King’s Tomb, you’ll find a Red Potion. 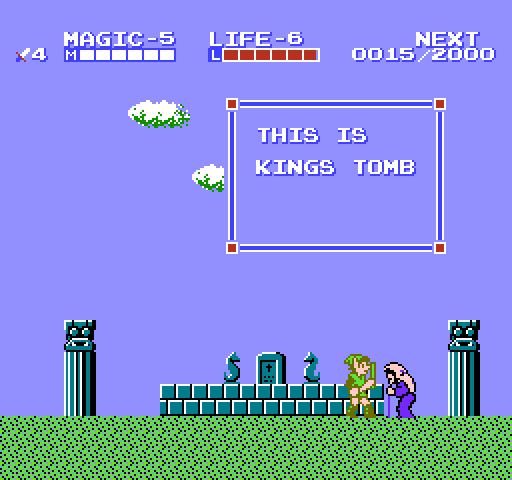 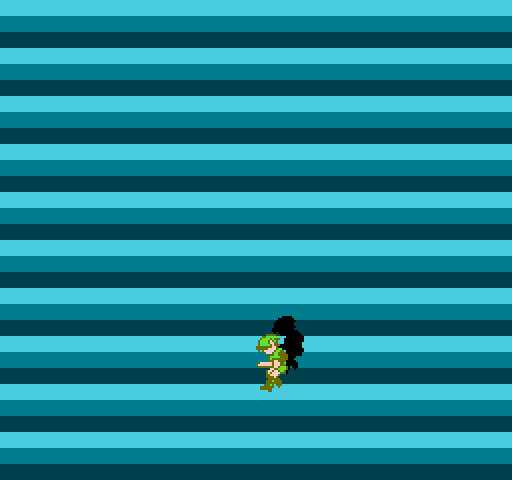 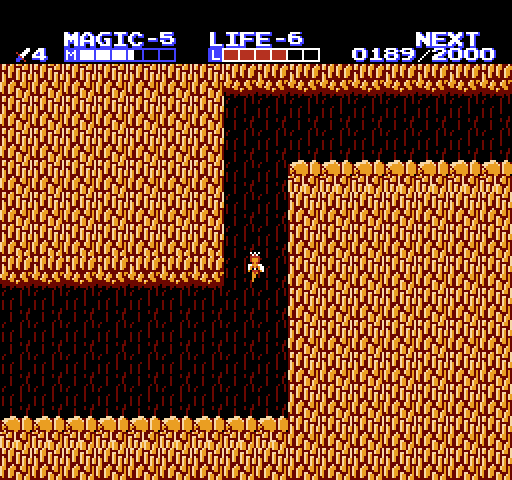 Keep heading directly south from King’s Tomb and you’ll fall down a hole. Go right and use the Fairy Spell to get up high on the ledge. When you end up on the island, walk through the desert areas and enter the Island Palace.

As usual, enter the palace and go down the elevator. You’ll encounter two new enemies right away: A Doomknocker and Armored Stalfos. Doomknockers give loads of damage by throwing axes at you. The Downward Thrust works best on them. Use Jump to get safe on the high platforms if needed. Go deeper into the palace. 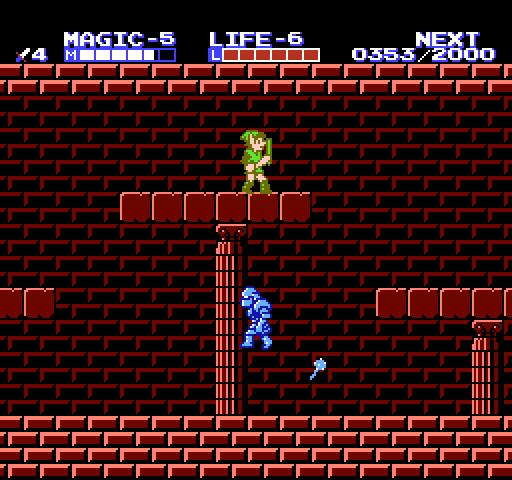 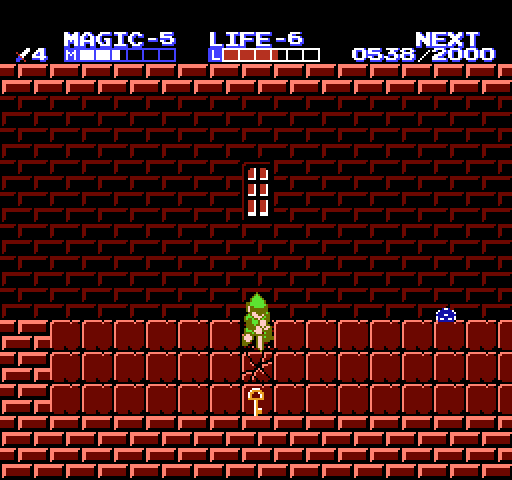 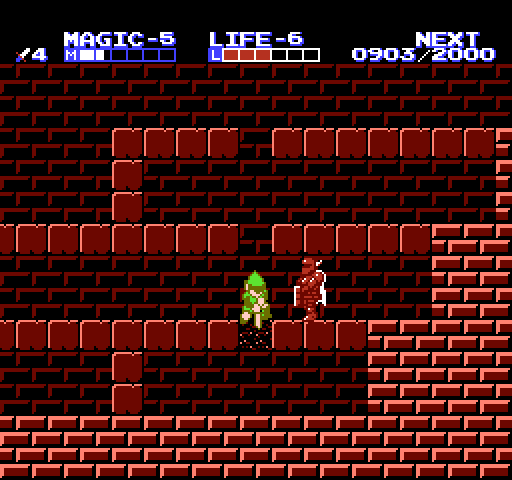 ~ Finding The Raft ~
This hallway is full of blocks, Tinsuits, and Myus. The Downward Thrust works great on the Tinsuits as they come by, so use that. Dodge the fire that the Moa drops from above (and the falling blocks). You’ll come into another hallway similar to the previous one, but it has a Key and Point Bag under the blocks. Defeat the Doomknocker with Downward Thrusts and go into the next room.

Destroy the Red Iron Knuckles if needed for experience points. Climb the blocks and go east more. You’ll end up outside, and there is a Moa and Red Iron Knuckle. Snag the Key and go back inside. Defeat the Red Armored Stalfos and go down the elevator.

Go right as soon as you get out of the elevator. This room is full of lava pits and block walls on both ends (the block walls were made so you can’t just fly across with Fairy). Grab the Key in the middle and destroy the Red Iron Knuckle. It is best to just let the Bots jump into the lava by themselves. Go into the next room. 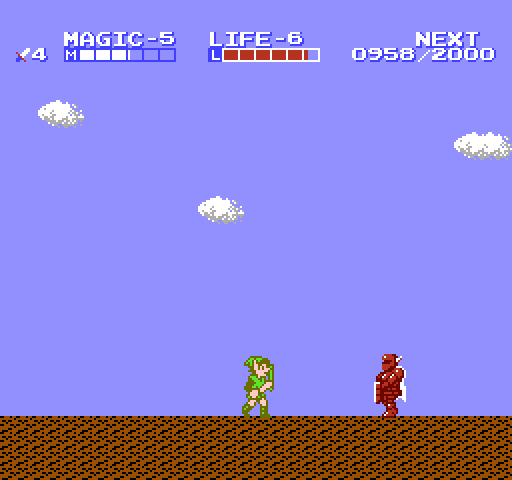 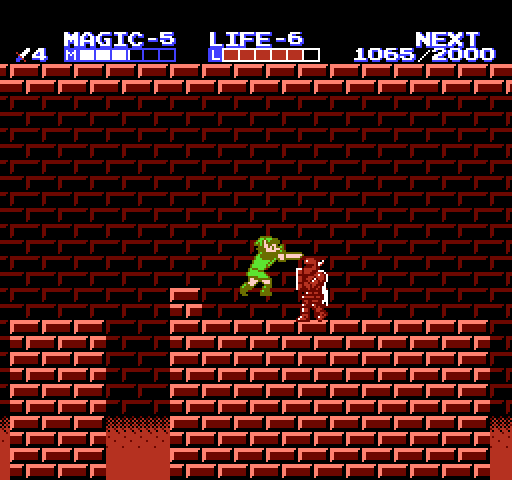 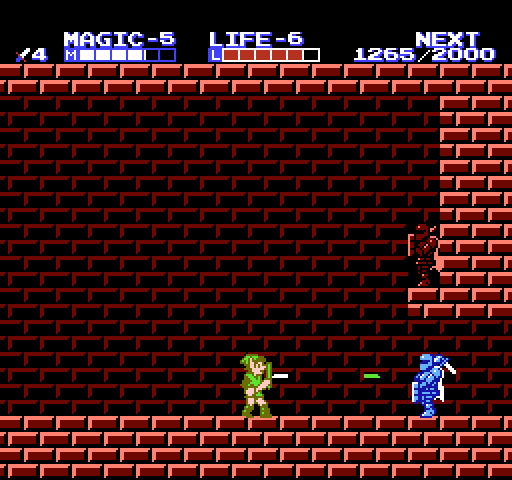 This room has a Red Iron Knuckle, and a new blue variation of it. The blue ones take even more hits and actually shoot their swords at you. However, the jump and slash tactic still works on them just like any other variation of them. I highly recommend using Shield since the Blue Iron Knuckle is the strongest enemy we’ve encountered thus far. Unlock the door and get the palace’s treasure, the Raft. 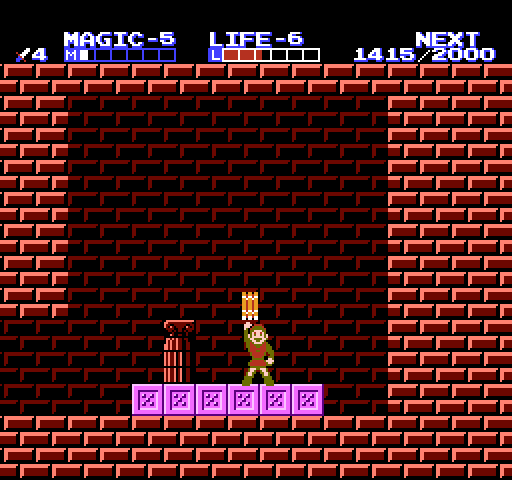 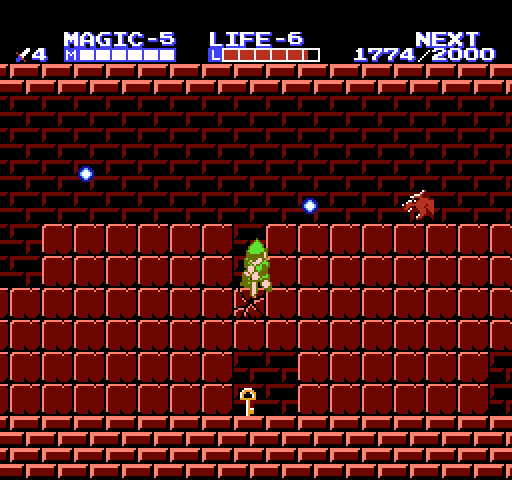 Backtrack west until you reach the elevator we came down in previously. Pass it and go west this time. Slash the statue at the wall to get a Red Potion if needed. We have a new enemy in here, and they’re very annoying. The Wolf Heads steal experience points and they come in infinite amounts. Keep going west, past another elevator until you get to a room with some blocks to climb.

~ Going To The Boss ~
Use a Downward Thrust to get to a Key at the bottom. Wolf heads will be coming through constantly, so use Jump and climb out of the blocks. It is not a good idea to try to dig your way out to the east, the Wolf Heads will beam you to death. Go east and go down the elevator.
~ Iron Knuckle Happy ~
Enable Jump and get the Point Bag on the ledge. At this point in the dungeon I would just try to avoid big enemies at all costs. In the last room, go to the top of the three rows and use the Downward Thrust on the right side of the blocks. Killing the Red Iron Knuckle can be hard here since you don’t have much jumping room. Also, there is a Point Bag at the end of the bottom row if you wanted it. Proceed and enter the boss room. 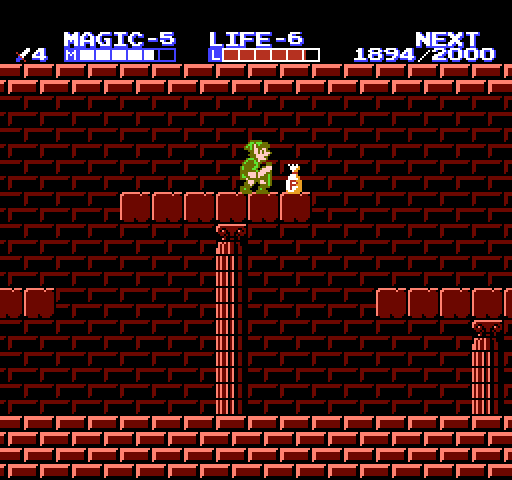 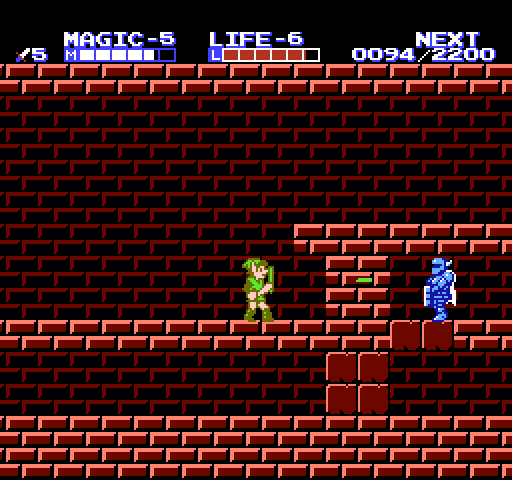 ~ Rebonack ~
The first part of the battle is easy. Use Downward Thrusts a few times when he charges by to kill his horse. After that point, the battle will become much harder. From that point on it is like battling a normal Blue Iron Knuckle, but we all know how much of a pain they are. When you finally kill him, snag the Key and head into the statue room. 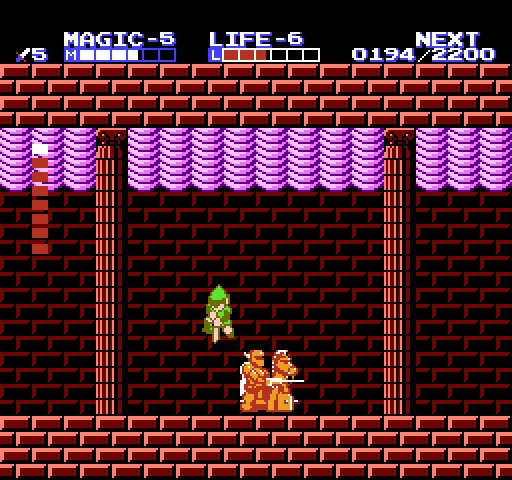 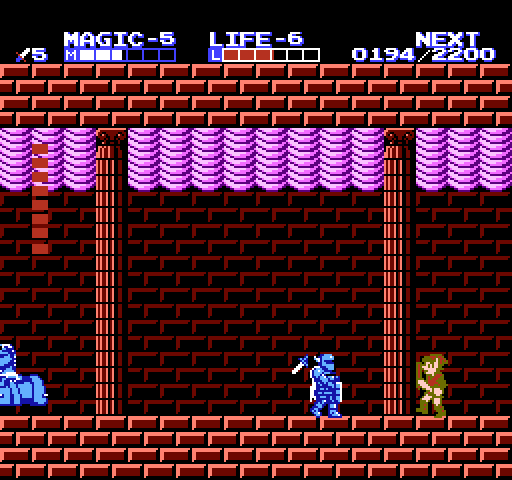 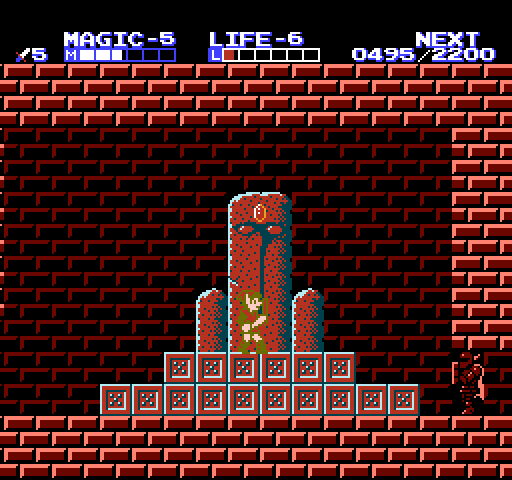 Put in the Third Crystal in the statue. You’ll get another free level up as usual. At this point I hope you have plenty of level ups in each category, for it’ll be harder to level up from this point on. Now that we’ve cleared Western Hyrule, it’s time to take on Eastern Hyrule. Keep up the good work!