With all three pendents collected, it is now time to acquire the legendary Master Sword. Ring the and bell and warp over to Kakariko Village. Run to the northwest corner of the village and then head northward to enter the Lost Woods. 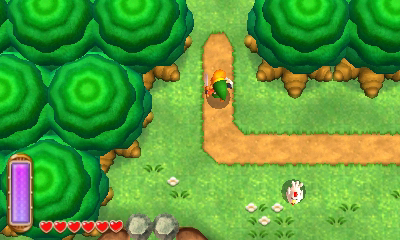 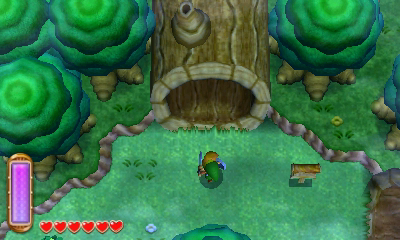 Once you enter the Lost Woods, follow the pathway northward through a pair of broken tree trunks and you’ll come to a maze within the Woods. Walk forward and you’ll see a group of Poes. There are three puzzles that test your keen eye. The Poes will move around and you must follow one, two, or three of them in particular. 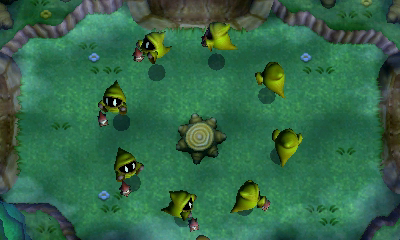 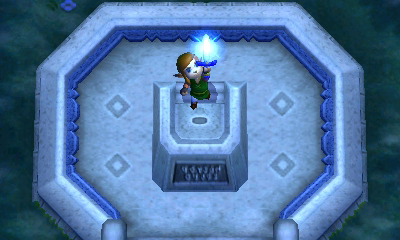 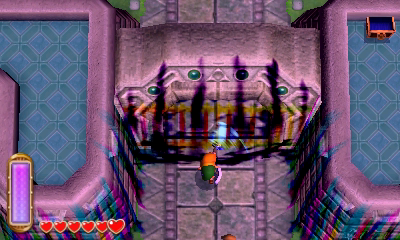 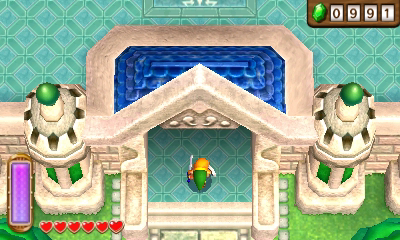 Swing the Master Sword at the barrier near the front entrance of the Castle, and the barrier will disappear. Enter the Castle and then head up the stairs to the left. Exit the Castle along the second floor. Walk to the center area and enter the upper half of Hyrule Castle. 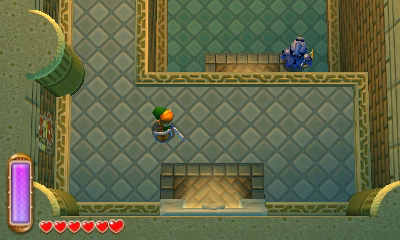 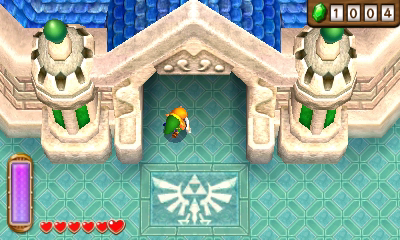 Once you enter Inside Hyrule Castle, head up a screen to take on a Ball and Chain Trooper. The key to defeating him is to hit him consecutively with sword slashes until he finally blocks. When defeated, continue to the next room. Defeat the group of soldiers here and head up to the third floor. 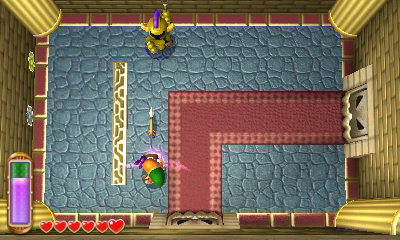 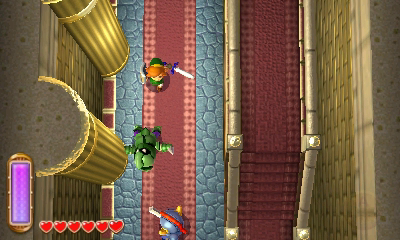 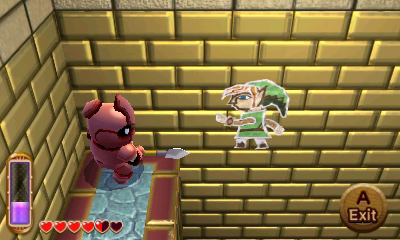 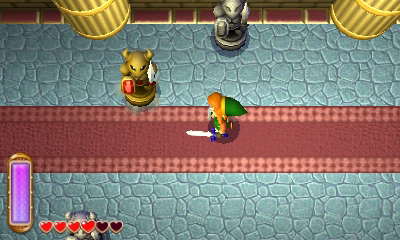 After watching the cut-scene, defeat or avoid the enemies and continue up to the fifth floor. Run southward, avoiding the enemies to get back outside. Go through the door on the left and once again run by the enemies. Walk up the steps to get to the sixth floor. 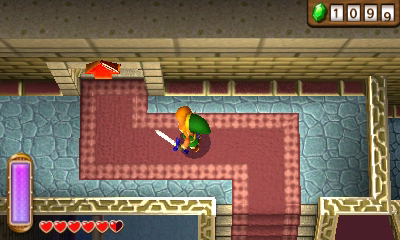 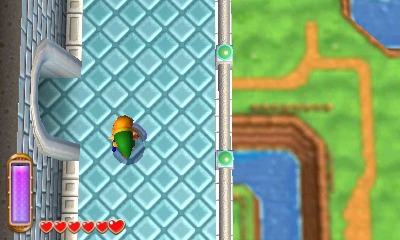 This floor is filled with more enemies that you can run right by. Walk outside to the right and then back inside along the top door. Continue onward up to the seventh floor. Go through either door and then climb the steps up to the eighth floor.

Yuga will split into three and move along the wall. Once Yuga pops out from the wall, slash at one of the three incarnations. If it is the wrong one, it will turn into a soldier that you can easily defeat. Keep switching which one you hit until you finally harm the real Yuga. Once you do so, keep a close eye on where he moves along the wall, and repeatedly hit him. Yuga will merge back into one, and then split up again, so you’ll have to repeat the process. As the battle progresses more soldiers will appear, but they shouldn’t be too much trouble. Repeatedly hit Yuga until he has been defeated. 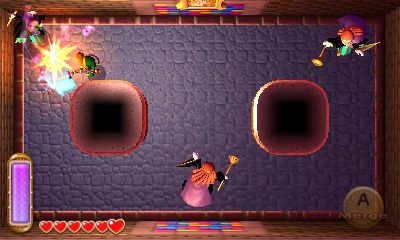 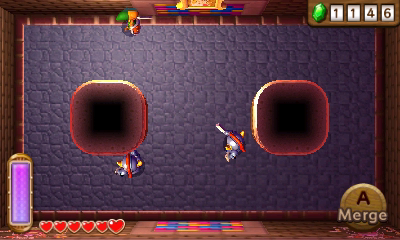 Run onward to the room at the peak of Hyrule Castle. Slash at the curtain to the north to reveal a strange hole in the hole. Change into painting form and sneak on through. Run back outside to find things have drastically changed. Enter the door at the top and enjoy the lengthy cut-scene. 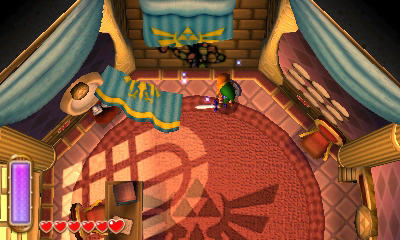 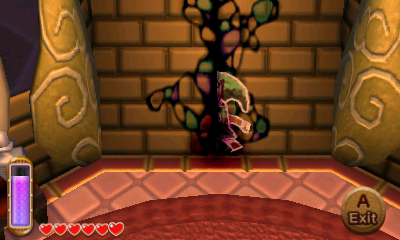