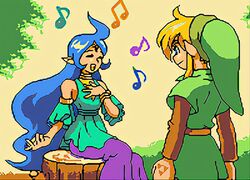 Link, after being sent from the land of Hyrule to the land of Labrynna by the power of the Triforce, awoke to find himself in a strange forest. After traveling to the north, he comes across an elderly woman who is being attacked by a group of Octoroks. Upon seeing Link, the octoroks flee and it appears that the woman has been saved.

The woman immediately notices the mark of the Triforce on Link's left hand and refers to him as a Hyrulean Hero. She introduces herself as Impa, the royal nurse to Princess Zelda back in Hyrule. She is looking for a singer by the name of Nayru and asks Link to help her on her quest.

After traveling through the forest, Impa spots a rock that bears the mark of the Triforce and asks Link to move the rock for her because she is unable to do so. In the distance, the sound of music can be heard and after traveling to northward, Link and Impa will come across a small group of people and animals. The group has been gathering around Nayru as she sings a lovely tune. Link and Impa join the group and are immersed into the lyric that is being sung.

After being recognized as messengers from Hyrule, Ralph introduces himself as an enthusiastic old friend and protector of Nayru. Nayru is glad to see Link as there is a building fear in Labrynna of evil that approaches. 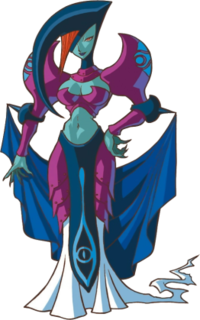 Suddenly, a crooked laugh is heard nearby and it is coming from Impa. Impa's body is tossed aside as a dark shadow emerges from it. The dark power thanks Link for moving the stone that blocked the entrance to this sacred area as she could not do it herself. The dark power is Veran, the Sorceress of Shadows, and she confronts Nayru, the Oracle of Ages. After crediting Nayru with correctly foreseeing an evil that is to come, Veran takes the form of a shadow once again and moves directly towards Nayru. After a blinding light, Veran will have inhabited the body of Nayru. Ralph, in a desperate effort to try and protect Nayru, pulls his sword and threatens Veran. However, he is unable to strike, as any attack on Veran will also harm Nayru.

Veran tells everybody that Nayru is not just some diva, but rather, she is the Oracle of Ages and has the power to control time. With Veran now controlling the body of Nayru, Veran has the power to travel through time as she pleases. Veran creates a Time Portal and envisions a new age that will begin, the Age of Darkness. Traveling back in time, Veran's evil doings in the past can be seen in the present as the worlds begins to change.

After Ralph runs off in an attempt to save Nayru, Impa has now awaken and is a bit shook up as to what just happened. She states that she sensed a dark cloud surround the Oracle of Ages so she had come with hopes of bringing the Oracle back to Hyrule. Impa warns Link that Veran's plan is to use the power of the Oracle of Ages to change the past, and in turn affect the present. It is now up to Link to stop her. As a bearer of the Triforce on his left hand, Link is the hero that must save this world.

Impa instructs Link to visit the Maku Tree, who is the Guardian of Labrynna. After visiting with the Maku Tree, Link is told that Veran is disrupting the flow of time from the past, and is trying to flood this world with the power of sorrow. The Maku Tree will then vanish because of events in the past that have now changed. 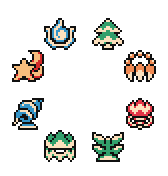 Link then meets back up with Ralph and the two of them walk through the Time Portal left by Veran, which warps them to the past. Link will then travel through time as he saves the Maku Tree. However, the Maku Tree has lost her memory and in order to restore it, Link must gather the Eight Essences of Time. These essences hold the power of truth and must be used to restore the Maku Tree's memory and defeat Veran.

Link's journey will take him all throughout the land of Labrynna as he travels through time in order to collect the essences of time. As Link progresses, he will come across Queen Ambi's Palace in the past where he will confront Veran. Link will free Nayru from the clutches of Veran, but before Link can finish off Veran, she takes the control of Queen Ambi, which grants her authority over the guards. Nearly defeated, Nayru uses her power of time to warp the trio back to the present.

After collecting the final essences of time, Link prepares to battle Veran who is still in full control over Queen Ambi. Ralph beats Link to her, and wants to finish off Veran himself. However, as Ralph is a descendant of Queen Ambi, destroying Veran while she is in Queen Ambi's body in the past will also erase Ralph's own existence in the future. Ralph fails in defeating Veran and is left beaten and bruised and only Link can now defeat Veran. 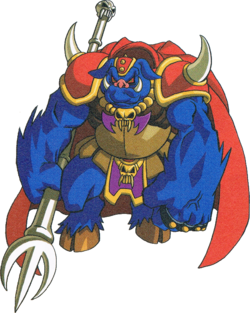 After an initial battle, Link is able to separate the body of Queen Ambi and Veran. After a final encounter with Veran, Link is finally able to defeat her. In Veran's final words, the laughter in her voice could be heard, as even though she had been defeated, she had accomplished her mission.

The improper resurrection left Ganon as a mindless beast. Link then takes on Ganon in the final battle and defeats the dark evil once and for all. With the resurrection of Ganon crumpled and Princess Zelda saved, the people of Labrynna can finally live in a world of hope and peace. The worlds of Labrynna and Holodrum have been saved. Nayru, the Oracle of Ages, Din, the Oracle of Seasons, and Princess Zelda have all been saved. Ganon has been defeated once again. With the power, wisdom, and courage that Link possessed, he truly has become a Legendary Hero.