This article is about the Goddess of Power. For the Oracle of Seasons, see Din (Oracle). 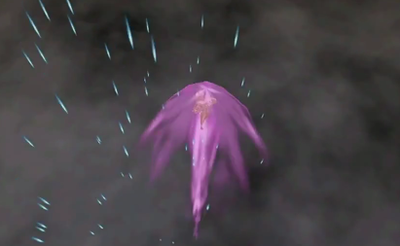 Din as seen in Ocarina of Time

Din is the Goddess of Power, one of the three Golden Goddesses in the legend of the creation of Hyrule. When telling Link this legend in Ocarina of Time, the Great Deku Tree says:

"Din... With her strong, flaming arms, she cultivated the land and created the red earth."

Din is typically associated with fire, as well as the Triforce of Power.

Din is one of the three golden goddesses that created Hyrule, specifically the Goddess of Power and thus associated with the Triforce of Power. According to legend, when the three goddesses descended upon the "chaos that was Hyrule", Din "with her strong, flaming arms, cultivated the land and created the red earth." She was the first to use her magic and is responsible for molding the terrain of Hyrule. Some of her magic power is showcased in the ability that Link acquires from a Great Fairy Fountain, Din's Fire, which casts a large circle of fire, capable of burning torches and enemies alike.

Din's Pearl, which is the first pearl Link obtains in The Wind Waker, is on Dragon Roost Island. It is regarded as a family heirloom, though Prince Komali gives it to Link to show his appreciation for Link calming the great Valoo. Although she herself does not appear in the game, her essence is conserved inside of her pearl.