From Zelda Dungeon Wiki
Jump to navigation Jump to search
Want an adless experience? Log in or Create an account.
Ichiro 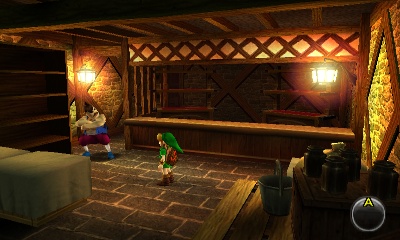 Ichiro is one of the Carpenters that appear in Ocarina of Time.

Ichiro is located in the abandoned house near the entrance to the Death Mountain Trail. He has desires to become wealthy, but does not want to put the work into it, thinking that thievery is the only way to accomplish this goal.[2] At nighttime Ichiro is still found in the same house, but now he is shivering as if he is scared. When Link talks to him, it is reveled that his boss, the Master Craftsman lives just beyond this building, but doesn't want any of the Carpenters to know.[3] He is referring to Granny's Potion Shop, which is run by the Master Craftsman's wife, Granny.

When Link is an Adult, the Carpenters venture off to Gerudo Valley, where they are captured and held captive in the Gerudo's Fortress. Link finds Ichiro locked in a jail cell and when he speaks to him, Ichiro compliments Link by stating that he has a lot of guts to get past all the guards.[4]. Link can free Ichiro by defeating the Gerudo Thief. Once he is freed, he eplains to Link that the Carpenters were interested in joining the all-female Gerudo tribe, but once they arrived, they were locked up just because they were men.[5]

After saving the Carpenters, they will appear back at a tent in Gerudo Valley. Ichiro will tell you that Ganondrof, the Evil King was behind the gang of thieves all along.[6]

The name Ichiro is a Japanese name that means first son.