This article is about the Zora ruler from Ocarina of Time. For other Kings Zora, see King Zora. 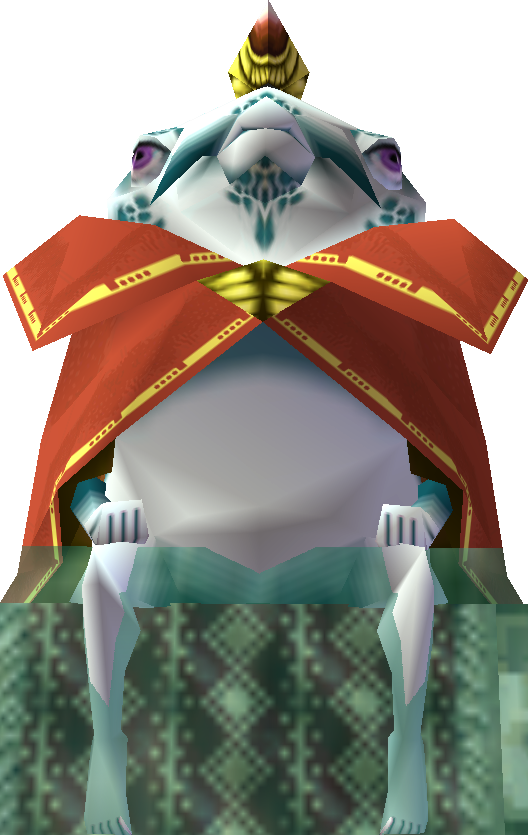 King Zora De Bon XVI[1] is a character in Ocarina of Time.

King Zora, also known as King Zora De Bon XVI, is the ruler of the Zora. He is also the father of Princess Ruto. He can be found at the uppermost portion in Zora's Domain, within King Zora's Chamber. He is a very large Zora who wears a red vest and is considerably larger than any of the other Zora.

When Link first meets King Zora, he is worried about his daughter and wants to know her whereabouts. It is at this point where Link has to bring him a bottle found in Lake Hylia, which contains a note from King Zora's daughter, Princess Ruto. King Zora will then move aside, allowing entrance to Zora's Fountain where Link can find Lord Jabu-Jabu.

Later on as an adult, he is frozen in Red Ice and Link must use Blue Fire to thaw him out. As a reward for doing so, King Zora will present Link with the Zora Tunic, allowing him to breath underwater.

King Zora is also involved in the Trading Sequence, where he provides the Eyeball Frog when Link brings him the Prescription.