From Zelda Dungeon Wiki
Jump to navigation Jump to search
Want an adless experience? Log in or Create an account.
Wounded Soldier 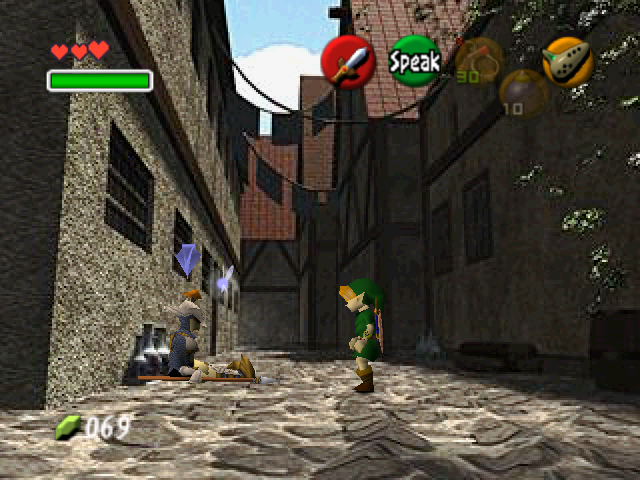 The Wounded Soldier is a character from Ocarina of Time. He is a Hylian Soldier who appears only once in the game, right before Link enters the Temple of Time with all three Spiritual Stones. He is found at the Back Alley in Hyrule Castle Town. He will inform Link of Ganondorf's betrayal of the Royal Family of Hyrule and Princess Zelda's escape. He recognizes Link as the boy from the forest that Princess Zelda was waiting for. He mentions that Link should take the Ocarina of Time received from Princess Zelda and hurry to the Temple of Time.[1] After this one interaction, the Wounded Soldier will pass away.[2]

This soldier can only be found during this short period of time. Once Link becomes an Adult, the soldier will no longer be there. Due to this discrete location, and the short period where the Soldier can actually be found, he is often completely missed by the player.