The Legend of Zelda: Oracle of Seasons

From Zelda Dungeon Wiki
Jump to navigation Jump to search
Want an adless experience? Log in or Create an account.
Oracle of Seasons 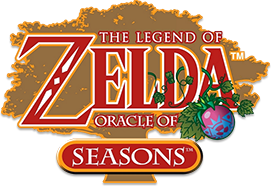 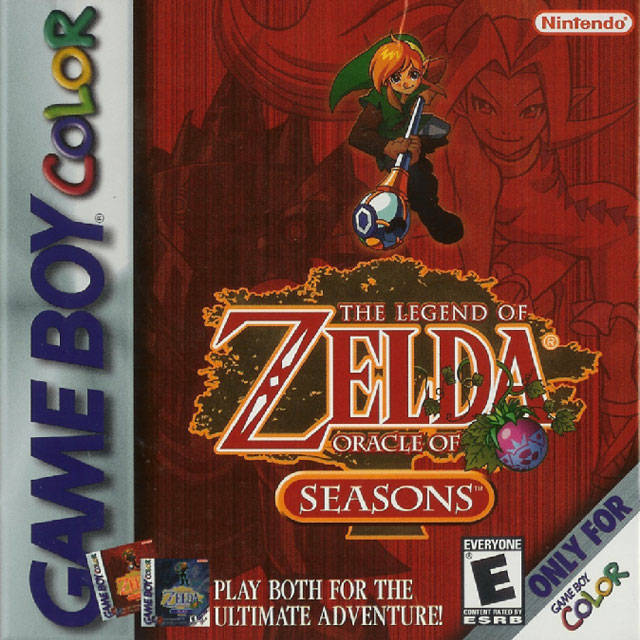 The Legend of Zelda: Oracle of Seasons is one of the two games in Capcom's Oracle Series alongside The Legend of Zelda: Oracle of Ages on the Game Boy Color. Released in 2001, it has sold 3.96 million copies.[1] When beaten, it can be linked to Oracle of Ages through the use of passwords; it can also be done vice versa. By completing the linked game, you can fight Twinrova and Ganon, completing the two games to their full extent.

On May 30th, 2013, a bit more than 12 years about their initial release, both Oracle of Seasons and Oracle of Ages were ported to the Nintendo 3DS.

Onox, the General of Darkness, has trapped Din, the Oracle of Seasons within his castle. With Din gone the seasons are thrown into chaos. Link must find a way to stop Onox, save Din, and restore order to the land of Holodrum. With the assistance of the Season Spirits - Winter, Spring, Summer, and Autumn, which are located in different towers in the Temple of Seasons(Located in Subrosia) - the seasoned protagonist gains the ability to control the seasons using the Rod of Seasons. With each dungeon Link takes on, he gains another Essence, which in turns gives the Maku Tree strength. In retrieving the eighth and final Essence, the Maku Tree gains enough strength to create the Huge Maku Seed. Using the Huge Maku Seed, Link is able to infiltrate Onox's Castle. Upon defeating the reptilian antagonist, and Din is saved, the seasons are returned to normal. Depending on the which game the player chooses to play first when linking the two games, Link either continues on to Labrynna in Oracle of Ages, or he leaves on a boat, inevitably triggering the events in The Legend of Zelda: Link's Awakening.

Oracle of Seasons takes place some time after the "Link is defeated" ending of Ocarina of Time.[2] It follows directly after A Link to the Past, and leads into Oracle of Ages - or comes after, depending on the order the player decides to use when linking their game - and Link's Awakening. All four games star the same incarnation of Link.