From Zelda Dungeon Wiki
Jump to navigation Jump to search
Want an adless experience? Log in or Create an account.
NES Remix 2 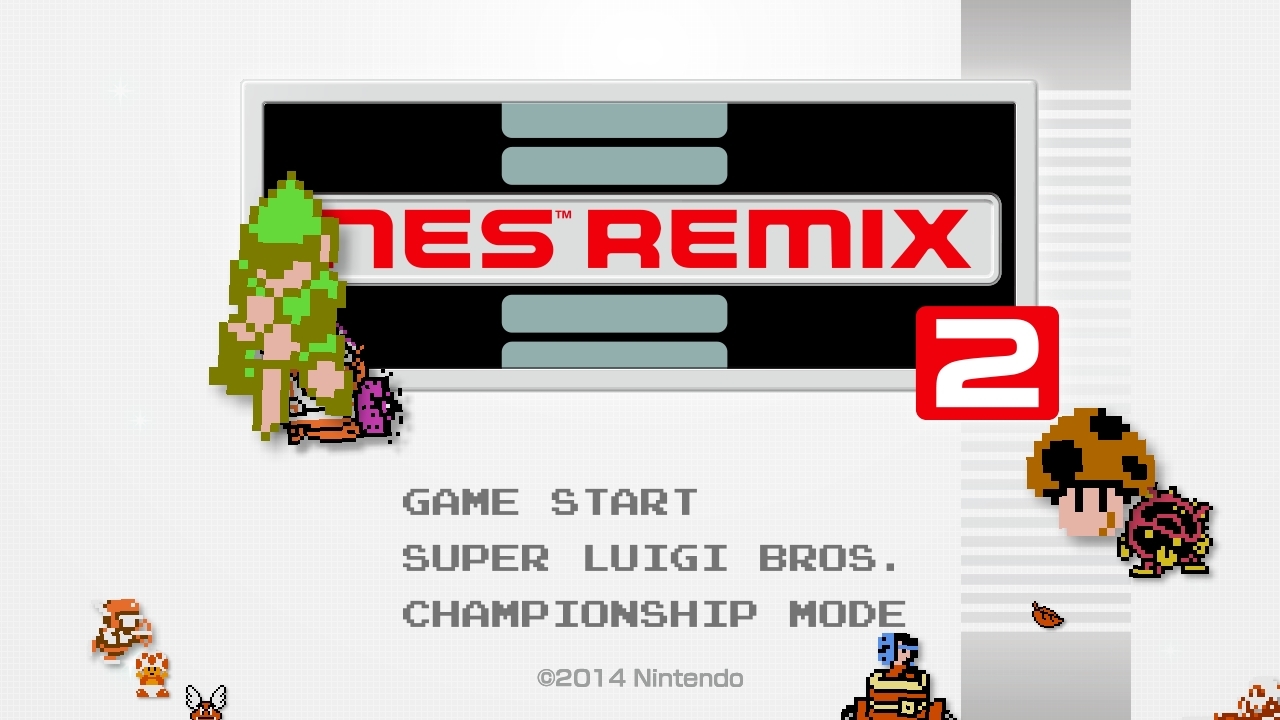 NES Remix 2 is a Wii U eShop game based upon a series of short challenges from a number of Nintendo Entertainment System games, including The Adventure of Link.

NES Remix takes sixteen Nintendo Entertainment System games and creates short, timed challenges based on the games, in the same basic way as the first NES Remix. The main difference between the two comes in the games chosen, which focus on games later in the NES's lifecycle.

Challenges are based upon the following twelve games. Eleven have their own series of challenges, while Ice Hockey only appears in the "Bonus" series, which also includes further challenges based on the main eleven games: