From Zelda Dungeon Wiki
Jump to navigation Jump to search
Want an adless experience? Log in or Create an account.
Hyrule Warriors: Age of Calamity 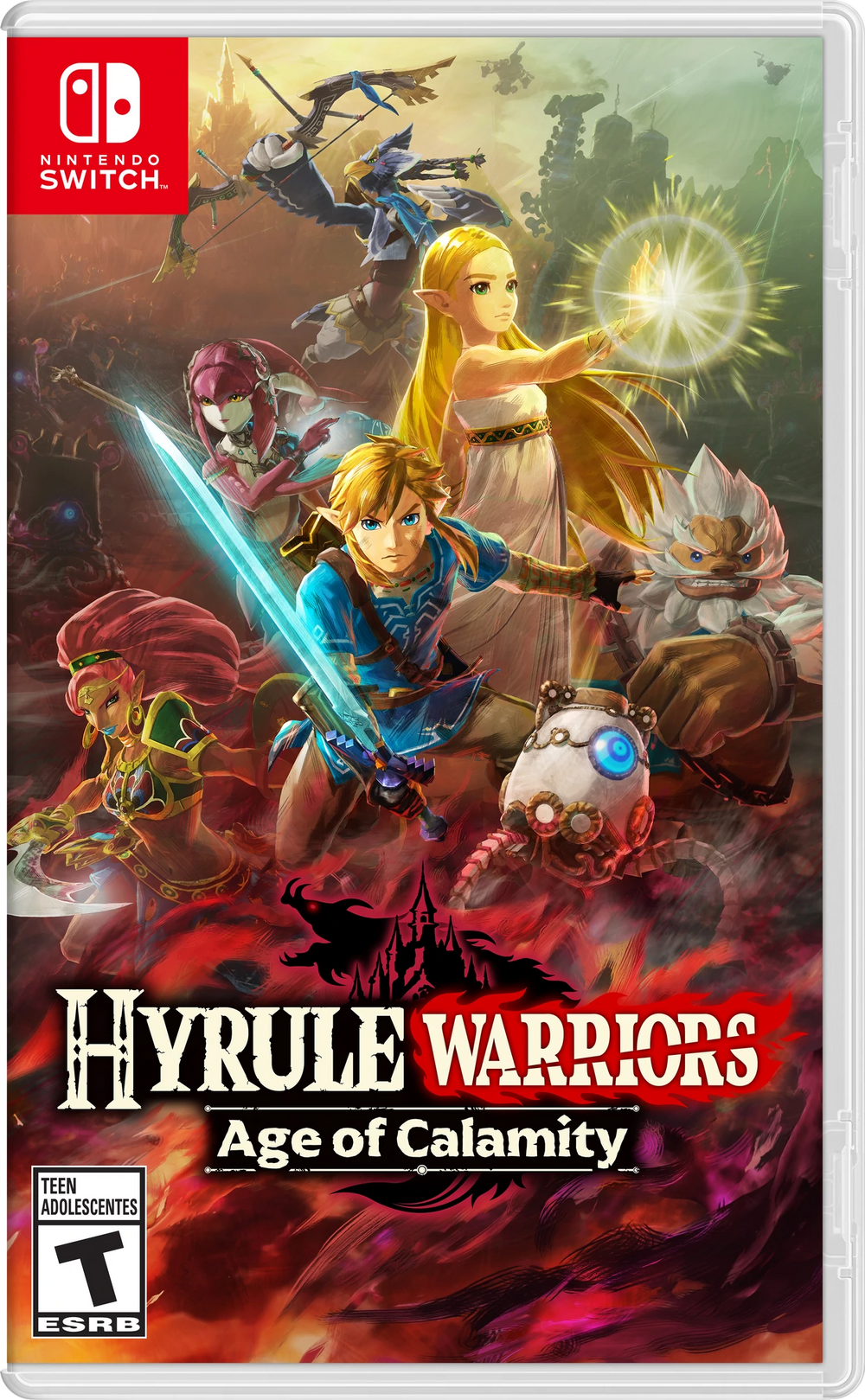 Hyrule Warriors: Age of Calamity is a game released for the Nintendo Switch on November 20, 2020. It is co-developed by Koei Tecmo and Nintendo,[1] and produced by Yosuke Hayashi. It was announced with a video presentation on September 8, 2020. A free demo - featuring the two scenarios in Chapter 1, along with a number of challenges and quests - was released on October 28, 2020.

The gameplay follows that of the previous Hyrule Warriors games, with players executing flashy combo attacks in "one versus one thousand" style battles. The story takes place during the events of the Great Calamity, one hundred years before the present day of Breath of the Wild. It features multiple playable characters, including Link, Zelda, and the Champions.

A DLC Age of Calamity Expansion Pass was announced during the Nintendo Direct of February 17th, 2021.

As chaos spreads across the kingdom and Princess Zelda awakens her power to protect a wounded Link from the looming Guardians that have been corrupted by Calamity Ganon, the window in her study glows and a box stirs as it falls to the floor, revealing itself to be the Diminutive Guardian named Terrako rolls out. As it bears witness to the widespread disaster and catches on to Princess Zelda's desperate wish to protect everyone. At this, Terrako uses its power to open a Gate of Time, but as it did, a Guardian Stalker saw its intent and tries to destroy it, but Terrako jumps through barely unscathed as it travels to the past to set things right for Zelda's sake. However, the Malice from the Guardian pursues it with the intent of making sure that nothing is changed, and thus begins the tale of the decisive conflict over Hyrule's fate.

"The power of the Guardian from the future has opened the path to a battlefield from another world! Travel there to tackle new challenges."

Challenges in Hyrule Warriors: Age of Calamity are a series of scenarios set on cut-down versions of the main stages. Amongst other things, they reward Ethereal Stones on their first clear, unique items described as being from "otherworldly battleground[s]".

"Complete quests in a region to contribute there. Work together with the denizens across the kingdom to grow stronger and fight against the Calamity."

Wave 1 - Pulse of the Ancients

Main article: Pulse of the Ancients

Wave 1 was released on June 18th, 2021, after being detailed during E3 three days prior. It adds the following content:

Wave 2 was released on 29th October 2021 adding the following content:

Announcement video, including the trailer and messages from Eiji Aonuma and Yosuke Hayashi
🌎 September 8, 2020
Tokyo Game Show 2020 presentation (Japanese only)