From Zelda Dungeon Wiki
Jump to navigation Jump to search
Want an adless experience? Log in or Create an account.
Sooga 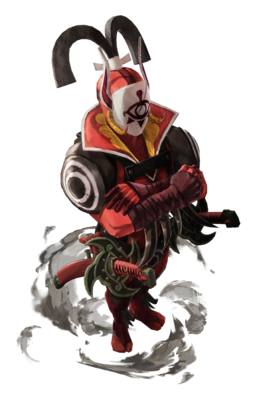 Sooga is a character in Age of Calamity. He is a high-ranking Yiga Blademaster[1] who acts as the second-in-command of the Yiga Clan behind Master Kohga, as well as his personal bodyguard.

With the release of the Guardian of Remembrance DLC pack, Sooga became a playable character, the last one revealed for the game.