From Zelda Dungeon Wiki
Jump to navigation Jump to search
Want an adless experience? Log in or Create an account.
Black Bokoblin 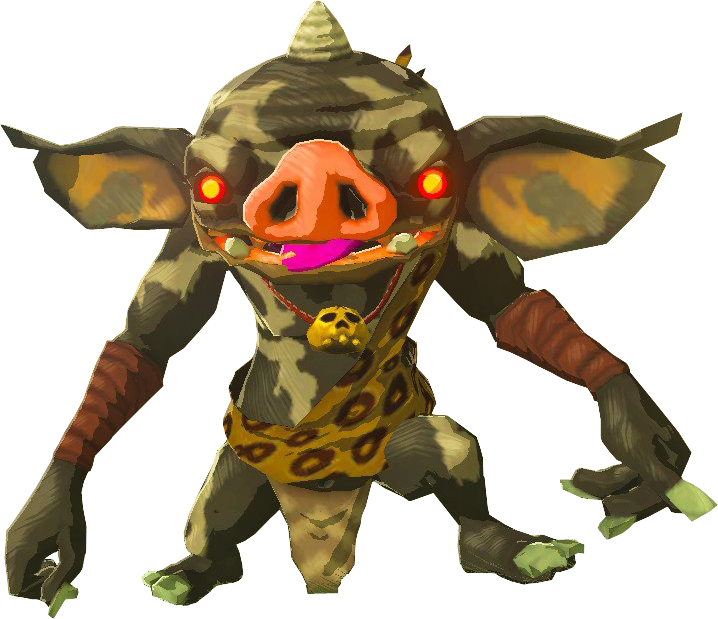 The Black Bokoblin is a much stronger variant of the Bokoblin in Breath of the Wild and Age of Calamity.

Black Bokoblin serve as the Level 3 Bokoblin type in Breath of the Wild, being stronger than the Red Bokoblin and the Blue Bokoblin. They have significantly more health and wield much stronger weapons.[1]

Black Bokoblin are not very common at all in the early portions of the game, and instead, are found on the outskirts of the map. They are commonly found within the Gerudo, Hebra, and Akkala provinces. Black Bokoblins wield much stronger varieties of Boko weaponry, including Spiked Boko Club and Dragonbone Boko Club, as well as several non-Boko weapons, such as the Dragonbone Moblin Spear, Enhanced Lizal Spear, Dragonbone Moblin Club, and the Spiked Boko Bat. These enemies also appear on Horseback, most commonly in the Hebra province, where they usually wield Dragon Bone Boko Bows,

Black Bokoblin are stronger variants of the Bokoblin that first appear in the Calamity Strikes scenario. Larger Black Bokoblin will often appear as the leaders of an outpost, of which they generally have more health, deal more damage, and must be defeated in order to take control of the outpost.

After each Black Bokoblin is defeated, they may drop a Bokoblin Horn, Bokoblin Fang, or some Bokoblin Guts. Additionally, the player will receive a Bokoblin Trophy, which can be used to complete quests or upgrade weapons of the various warriors.