From Zelda Dungeon Wiki
Jump to navigation Jump to search
Want an adless experience? Log in or Create an account.
Wasteland Coyote 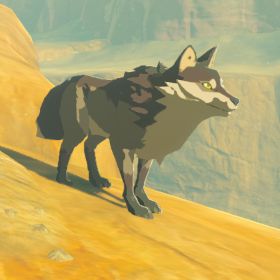 "This contentious beast is native to the Gerudo region. It makes its home in the desert, so it doesn't have a problem with hot, arid climates. They do hunt other beasts and small animals but more often turn their sights on people. They're a threat to anyone travelling through the desert."

A Wasteland Coyote is an animal found in Breath of the Wild. These beasts make their home around the Gerudo Desert, and are very aggressive towards Link, often circling him in packs before attacking. Upon death, they may drop certain Raw Prime Meat and Raw Gourmet Meat.

They have very little in common with real-life coyotes, as the latter are smaller, asocial, and rarely attack humans.