From Zelda Dungeon Wiki
Jump to navigation Jump to search
Want an adless experience? Log in or Create an account.
Grizzlemaw Bear 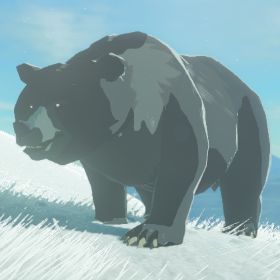 "This breed of honeyvore bear is distinguished by its grey fur. Even more ferocious than their relatives, they're commonly believed to be the most dangerous wild animal. They live in deep snow away from villages, so it's uncommon to encounter one. That said, if you do find one, you'd be better off not picking a fight with it."

A Grizzlemaw Bear is an animal found in Breath of the Wild. They are one of the rarest animals in Hyrule, only appearing in a few select locations. By nature, they are aggressive towards Link, but if approached sneakily, they can be tamed and ridden, though they cannot be registered at a Stable. Upon death, they may drop some large pieces of meat, such as Raw Gourmet Meat.

As part of the quest Good-Sized Horse, the Honeyvore Bear cannot be sold to Zyle, as he refuses to buy it since it's not a horse.

Like it's Honeyvore Bear counterpart, they can be found at both Hebra Mountains and Gerudo Highlands, they even have a spawned location, and one of them is close to Kuh Takkar Shrine. 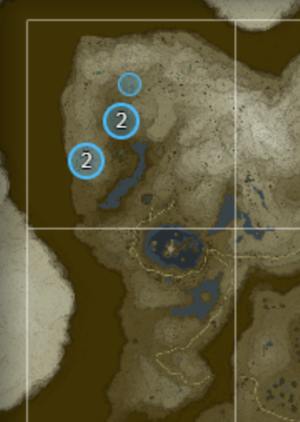