From Zelda Dungeon Wiki
Jump to navigation Jump to search
Want an adless experience? Log in or Create an account.
Maraudo Wolf 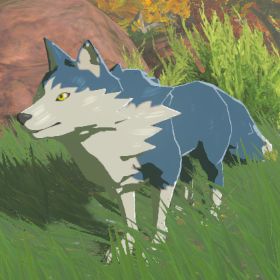 "These wolves are not only carnivores by can also be downright fierce. They're highly aggressive and aren't afraid to attack people. They hunt in groups and surround their prey as a means of bringing it down. That said, if one of their own is injured, the rest are wise enough to run away. They communicate via howls, so if you're wandering the forest and hear their call, you had best take care."

A Maraudo Wolf is an animal found in Breath of the Wild. They can usually be found in and around the Tabantha Frontier and Tanagar Canyon area, but do appear in other regions occasionally. Upon death, they may drop 1 to 3 Raw Prime Meat.