From Zelda Dungeon Wiki
Jump to navigation Jump to search
Want an adless experience? Log in or Create an account.
Cursed Bokoblin 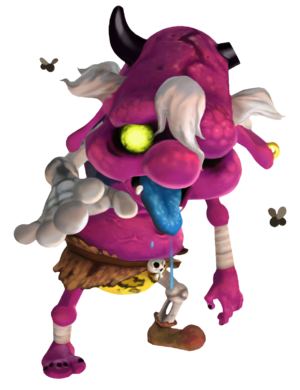 The Cursed Bokoblin is an enemy that appears in Skyward Sword, Breath of the Wild and Age of Calamity.

The Cursed Bokoblin is a form of undead zombie Bokoblins that are encountered in the Ancient Cistern. They are only found on the lowest floor in that particular dungeon. They mindlessly walk toward Link in large numbers. This enemy resembles ReDead from previous Zelda games. When Link is attacked by one, it latches on to him and drains his health until he performs the Spin Attack to effectively throw the pesky creature off.

After Link has struck the enemy, he needs to perform the Fatal Blow to end its life. Rarely, Link can obtain an Evil Crystal upon defeating these mindless monsters. Later in the game, in Sky Keep, Link can encounter them again when entering the Ancient Cistern themed room. There is a handful of them in the room along with a few Stalfos and also in the room with Stalmaster.

They can also be warded off with the Sacred Shield and all of its upgrades. 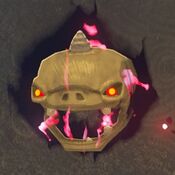 This variant of the Cursed Bokoblin appears in areas tainted by the Malice of Calamity Ganon. They have 1 HP and will float around Link for a few seconds before charging at him. They will continuously spawn from a specific spot of Malice until the source is destroyed. 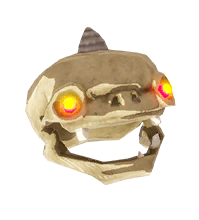