This article is about the high-level standard Lizalfos in Breath of the Wild and Age of Calamity. For the ice-themed Lizalfos which shares a similar colour scheme, see Ice-Breath Lizalfos. 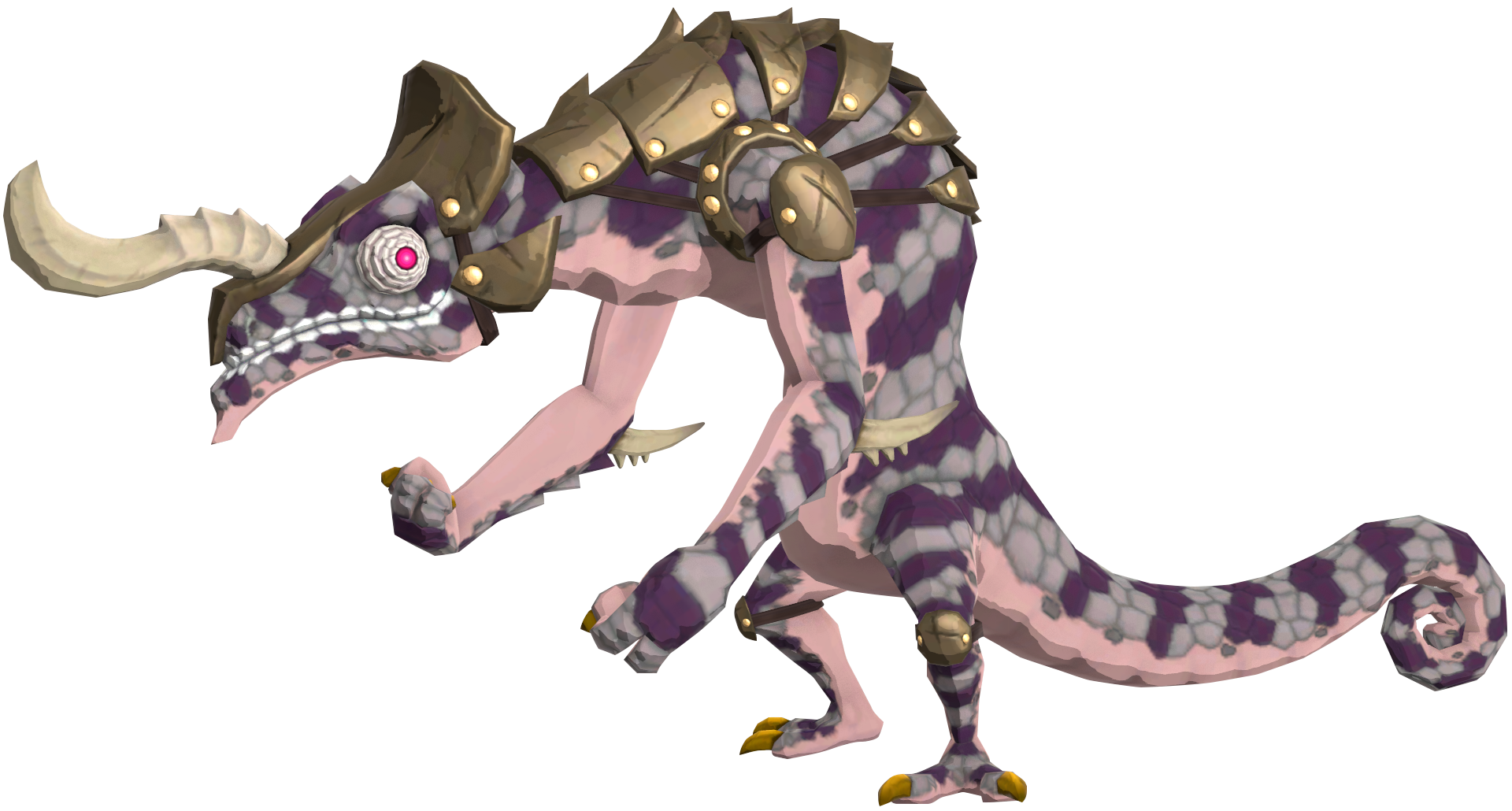 The Silver Lizalfos is one of the strongest variants of Lizalfos in Breath of the Wild and Age of Calamity.

Silver Lizalfos serve as the Level 4 variant of the Lizalfos and they are the strongest Lizalfos in the base game, having "been influenced by Ganon's fiendish magic". [1] They are referred to as Silver, not only because of their unique color, but also because of their rarity. The purple pattern on their body makes them even more distinct.

Silver Lizalfos are the strongest variant of the Lizalfos in the base game of Age of Calamity. They will occasionally drop a Lizalfos Horn, Lizalfos Tail, or Lizalfos Talon when defeated. After each Silver Lizalfos is defeated, the player will receive a Lizalfos Trophy, which can be used to complete quests or upgrade weapons of the various warriors.

Larger Silver Lizalfos will occasionally appear as the leader of an outpost. They deal more damage, have more health, and once defeated, allow the warrior to capture the outpost.