This article is about the boss fight with Master Kohga from Breath of the Wild. For his character profile, see Master Kohga. 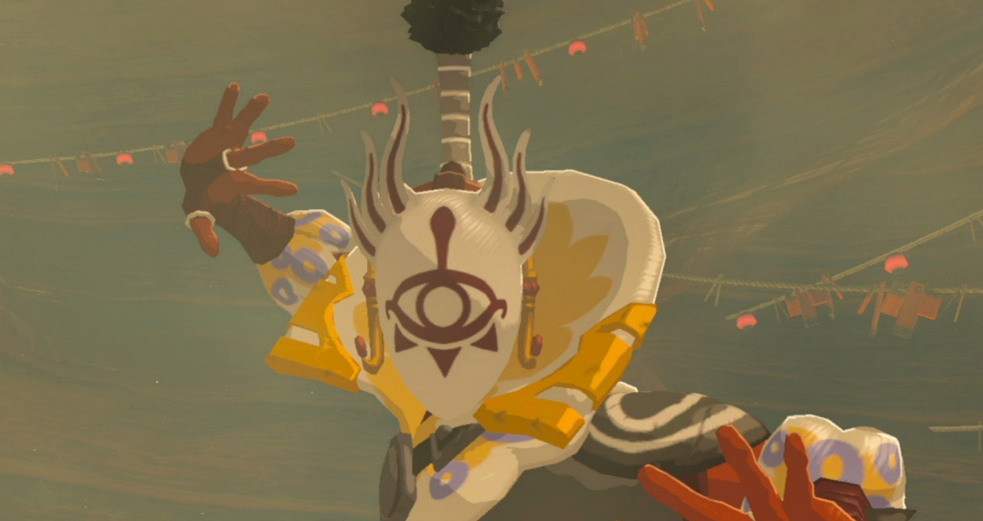 Kohga in his signature pose

Master Kohga is the leader of the Yiga Clan and serves as the boss of the Yiga Clan Hideout mini-dungeon. He is a fairly childlike character, but attempts to keep his cool when things aren't going so well.

Master Kohga will teleport around the room, and will prepare an attack in the form of a boulder bearing the Yiga Clan symbol. Whilst he does this, he is vulnerable to an attack, and whilst Link will not be able to hit him with a melee attack, the use of a Bow or the Remote Bombs work particularly well. If a shot is successful, the boulder will fall down and deal a significant amount of damage to Kohga, and is vulnerable to a melee attack for a few seconds whilst he gets back up. This should be repeated a couple of times and Phase 2 will initiate when his health is about 1/3 down.

Master Kohga will now teleport to the center of the room, above the bottomless pit. This time he summons 2 boulders, which encircle him clockwise. The same process as in Phase 1 should be carried out, but this time when a boulder is above his head. The use of Remote Bombs may prove to be slightly more difficult; arrows are the ideal weapon here. If a boulder lands on him, he will take more damage and he will be launched over to the ground where Link can slash his sword for some extra damage. This step will be repeated until he has around 30% health remaining.

During this phase Kohga will remain above the abyss, but this time will summon one large, metallic boulder, which he attempts to throw at Link. Before he can do so, the Magnesis Rune should be used to drop it onto his head. This step should be repeated until he is defeated.

Upon defeating Kohga, a chest will appear containing the stolen Thunder Helm, which is required to advance the plot. Furthermore, as Link travels through Hyrule, Yiga Footsoldiers and Blademasters will teleport near him on occasion and will engage in combat, in attempt to avenge their fallen master.