From Zelda Dungeon Wiki
Jump to navigation Jump to search
Want an adless experience? Log in or Create an account.
Guardian Scout III 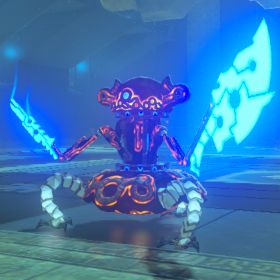 The Guardian Scout III is an enemy that appears in Breath of the Wild. It is the third of the four types of Guardian Scouts found in the game and it can be found within Shrine of Trials and Divine Beasts. Link will encounter these Guardian Scouts when exploring Modest Test of Strength shrines and other assorted shrines.