From Zelda Dungeon Wiki
Jump to navigation Jump to search
Want an adless experience? Log in or Create an account.
Shrine of Trials 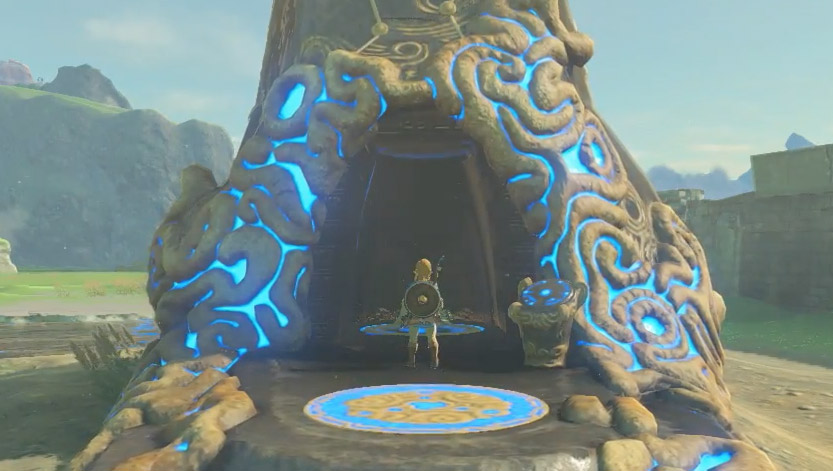 "More than 100 Shrines of Trials dot the landscape, waiting for players to discover and explore them in any order they want. As players work their way through the traps and puzzles inside, they'll earn special items and other rewards that will help them on their adventure."

Shrines of Trials are mini-dungeons scattered all over Hyrule featured in Breath of the Wild. In total there are 120 shrines, and within each shrine is a Sheikah Monk who holds a blessing for the one who manages to complete the challenge contained within the shrine. Some shrines can be discovered while Link wanders Hyrule as they sit in the open and can be approached with minimal effort. However, some shrines can only be accessed through the completion of a Shrine Quest which requires Link to complete a task that will reveal a hidden shrine. Shrine Quests are received from various individuals throughout Hyrule, most commonly Kass or Stable residents or visitors.

Once Link has completed the shrine's challenge and reached the Sheikah Monk within the shrine, the monk will bless Link with a Spirit Orb, which can be collected and traded at a Goddess Statue for additional hearts or stamina. Clearance of the shrines replenishes Link's health, but whatever temporary heart containers lost therein are not replenished. The shrines don't have to be cleared for their Travel Gates to be active.

Though not all shrines are required to defeat Ganon, Link is rewarded with the Hero of the Wild Set (Cap of the Wild, Tunic of the Wild and Trousers of the Wild) upon completing all 120 shrines. 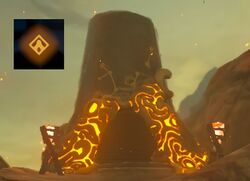 An inactive shrine; under this status, the shrine has been identified by the Sheikah Slate, as its map icon has appeared, but its travel gate cannot be used.

The types of in-shrine environments may also mirror the outside environment and characteristics of the places where they're located:

Albeit shrines may be visible in Age of Calamity far in the horizon (like Shee Vaneer Shrine), these are not accessible in the game, nor they are part of the game's story or gameplay. The activation of the Central Tower doesn't trigger the activation of shrines either.