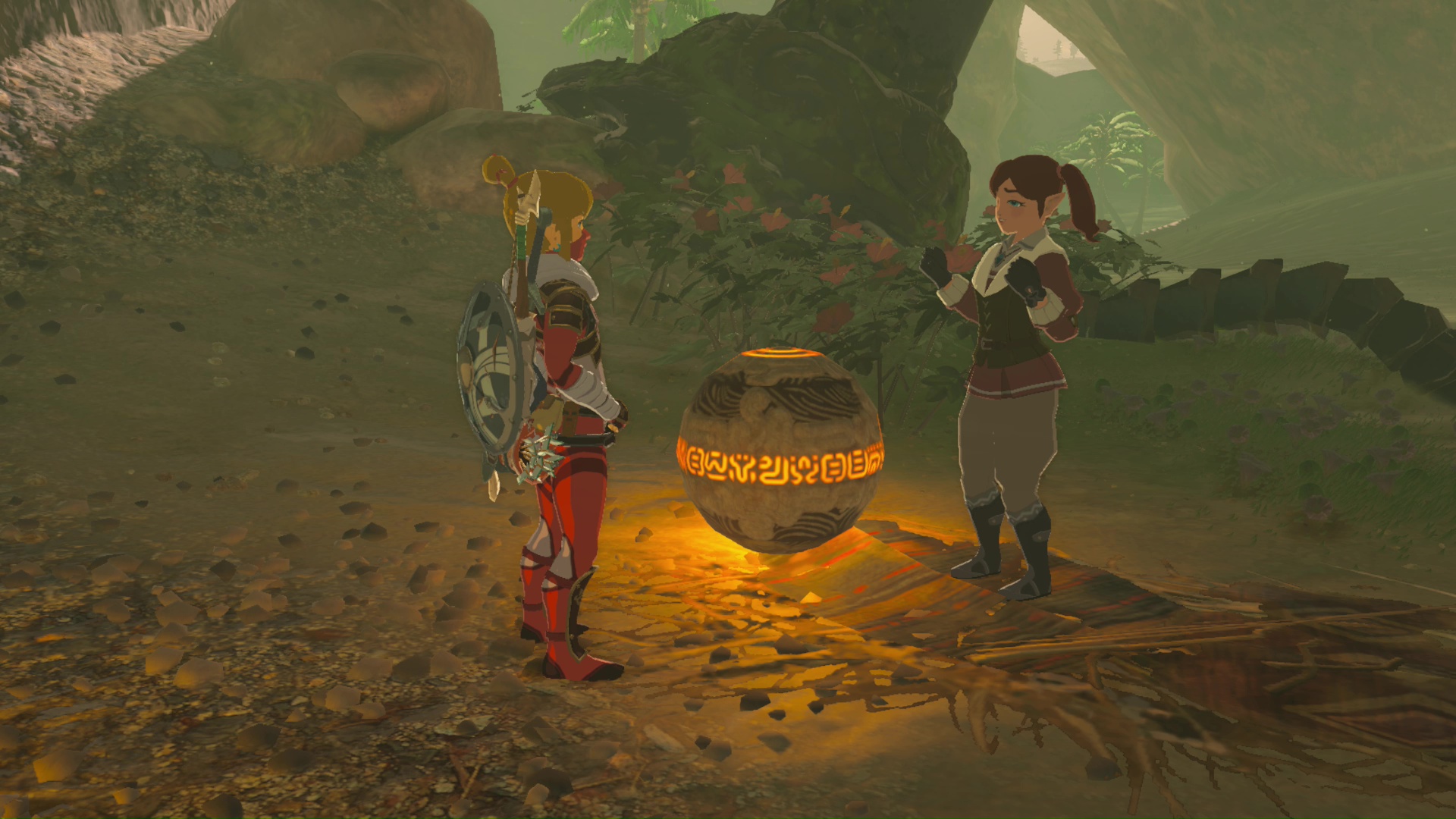 Ancient Orbs or Stone Spheres[1] are spherical objects found throughout Hyrule in Breath of the Wild. Created as part of Sheikah Technology, the orbs mainly serve as keys related to Shrines and are known throughout Hyrule as prized and mysterious objects, even worn as jewelry by monster enemies like Hinox.

Orbs can be found in multiple sizes. Overworld Orbs are usually one-off items which involve a quest to obtain and place in a Shrine Pedestal, unlocking a path or shrine. Others, usually within shrines, are dispensed freely, and only one need find its way into each socket. Most of them can be also launched via Stasis. Ancient Orbs that can be lifted by hand have little to no concussive power, so they're ineffective as throwing weapons or to destroy breakable stone blocks.