From Zelda Dungeon Wiki
Jump to navigation Jump to search
Want an adless experience? Log in or Create an account.
Magnesis 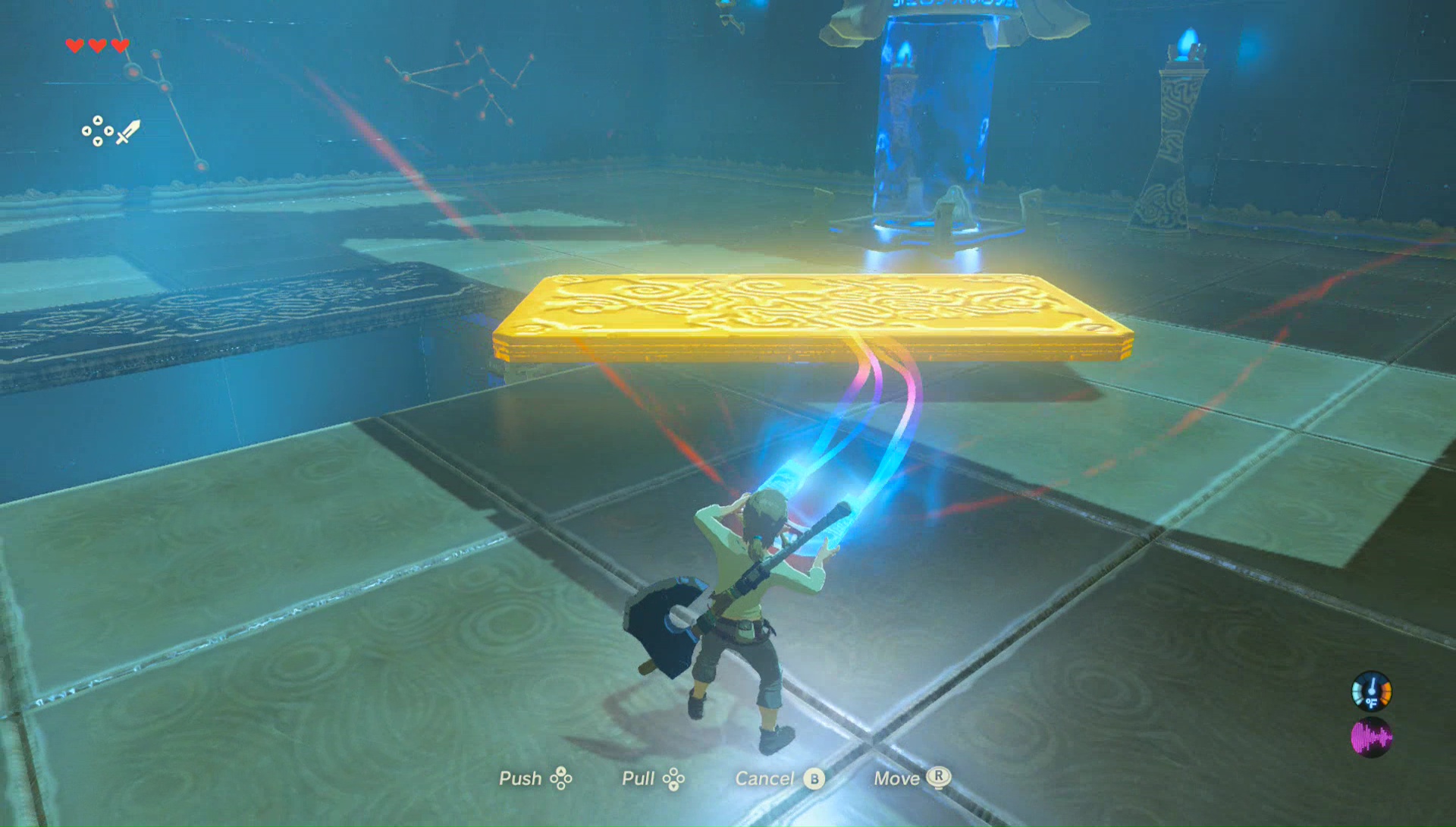 Magnesis is a Rune ability for the Sheikah Slate obtained in Breath of the Wild. It allows one to move metallic objects.

The Magnesis Rune is obtained in the Oman Au Shrine while exploring the Great Plateau. Like Cryonis, Magnesis is inexhaustible and cannot be upgraded at the Hateno Ancient Tech Lab.

The Rune allows Link to move metallic objects and weapons. Moveable objects shine in a light magenta color when the rune is activated, and can be grabbed when they're within the rune's range, indicated by a change of color from the aforementioned magenta to yellow. This includes moving large doors, metallic balls, and chests that are beneath the water. By lifting single doors from their initial resting spot, Link can move them over a gap to create a bridge to a new area. When moving metallic balls, Link can place them in a similarly shaped hole to solve puzzles in other dungeons, or block non-metallic boulders to clear a path. Aside from that, the movement of the objects grabbed by the rune allows them to be used as weapons to ram against enemies, or by dropping those on top of them, as well as providing cover from both sight and attacks.

Magnesis is tremendously powerful, as it allows Link to lift metallic objects that could easily weigh several tons; however, it requires Link to have safe footing while using it, and dropping from even a small height will cause the rune's function to be interrupted. Aside from that, it has a limited range of reach and function, and it can only be used with Link aiming at the object, so Link cannot drag objects behind himself to use it. Link can lightly trot while using Magnesis, but it's interrupted if he starts to run. It's not necessary for metallic objects to be stationary to use Magnesis, just as long as they're locked upon within the range of the rune, and metallic weapons can be acted upon with the rune as long as they're not being wielded by enemies.

One of the most comedic uses for Magnesis is to create "Flying Machines", which require two relatively flat metallic surfaces to be placed on top of each other while Link uses Magnesis on the bottom one to lift it while standing on the top one. This requires careful commands, as brusque movements may cause the contraption to break apart. While using it, Link can travel anywhere on Hyrule or fly to unfathomable heights in the sky, but extremely slowly.

These contraptions can be created using the metallic mining carts at Death Mountain, or the metallic scoop and chest at the Yowaka Ita Shrine.