From Zelda Dungeon Wiki
Jump to navigation Jump to search
Want an adless experience? Log in or Create an account.
TODO: Info for Age of Calamity
Care to do so?
Rune 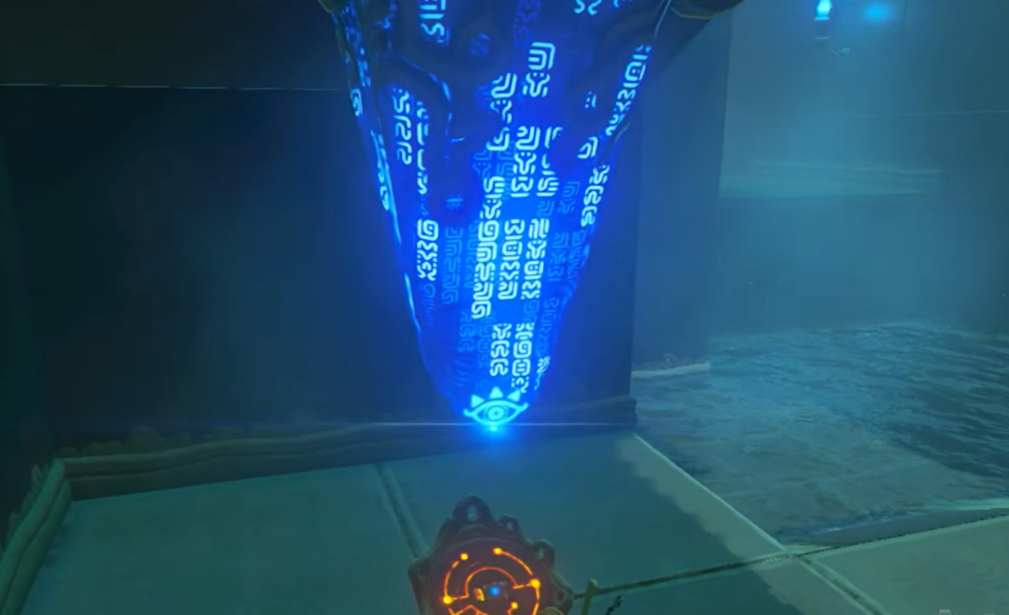 Distillation of a Rune

Runes are special abilities Link can use via his Sheikah Slate. They enable Link to carry out previously arduous tasks with ease. For example, through the use of the Magnesis Rune, Link can lift various metallic objects, such as Chests situated underwater. Runes are typically used in puzzle-solving across the many Shrines in Hyrule.

The Remote Bomb Rune allows Link to instantly summon bombs, and detonate them at will. Two types of bomb are available - spherical bombs which roll, and cube-shaped bombs which do not. They are also very lightweight, meaning if caught in a gust of wind they may roll away from the intended destination. They also react more realistically to their environment than in previous games; if placed on a hill they will simply roll down. The bombs can be summoned infinitely; however a short cool-down initiates once a bomb is summoned.

The rune can be found by entering the Ja Baij Shrine and placing the Sheikah Slate on the Guidance Stone by the entrance.

Cryonis allows Link to summon tall blocks of ice on water surfaces. This Rune can be used to cross open spans of water or mud, or can be used in puzzle-solving, such as the Keh Namut Shrine, where it is obtained. Such puzzles include summoning a block of ice in order to open a door, or to raise platforms. Three blocks of ice can be active at any time, and can easily be destroyed by using the Rune once more on the block.

During the battles to enter Divine Beast Vah Ruta and against Waterblight Ganon, this rune is used offensively against Link, however he has no way of using the Rune offensively himself.

The Magnesis Rune can capture metallic objects in a field which allows Link to lift, push or pull the objects without physical contact.

It enables Link to salvage Chests which have fallen underwater, whilst also being key in puzzle-solving, such as in the Oman Au Shrine, where it is obtained. Virtually any metallic object can be interacted with using Magnesis, including many metallic weapons, and also some boulders, which often require moving to obtain Korok Seeds. Akin to other Runes, Magnesis can be used in an offensive manner, for example metal blocks can be dropped on top of many Enemies in the game. This situation is most common around Bokoblin Camps, where metal blocks are often kept.

Stasis allows Link to stop time on certain objects, whether it be a turning gear or moving platform, the object will freeze instantly for a short period of time. During this period, Link can attack the object, which will begin to store energy transferred from Link's weapons.

It is unlocked inside of Owa Daim Shrine, where its abilities are demonstrated. The Rune can be used in order to clear paths of rubble, or to solve puzzles in a variety of Shrines.

The Camera, in line with its name, allows Link to take photographs of his surroundings and store them on the Sheikah Slate.

It is unlocked later in the game, after Link has lit the Ancient Furnace outside of the Hateno Ancient Tech Lab. Purah will assist Link in restoring the missing functions of the Sheikah Slate, once of which being the Camera Rune. Link can use this abilities to take photographs of different things, but its primary use is for filling in the Hyrule Compendium. Most weapons, enemies, and fauna can be photographed and cataloged in the Compendium through means of the Rune. This can assist Link in using the Sheikah Sensor to search for different things in the Compendium.

Many people will ask Link to photograph various things with the camera rune in order to complete certain side quests, such as a Guardian and Kilton.

The amiibo Rune allows the player to tap an amiibo on their controller to summon items. Standard, non-Zelda amiibo will summon generic materials or food, whilst Zelda-related amiibo can summon special items, such as amiibo Exclusive Weapons (i.e. the Sword of the Six Sages), and even the iconic Horse, Epona.

It can first be used after Link leaves the Great Plateau[citation needed]. Each amiibo can only be used once per day, and special gifts such as Epona can only be summoned once per save file.

This rune is exclusive to the second DLC pack, The Champions' Ballad. It is a motorcycle that Link can summon, and acts in a similar way and has a comparable speed to a Horse. It runs on fuel in the form of any Materials, but the tank lasts a full quarter of a Hyrulean day if used consistently. It is bestowed upon Link after he defeats Monk Maz Koshia.