From Zelda Dungeon Wiki
Jump to navigation Jump to search
Want an adless experience? Log in or Create an account.
Serenne Stable 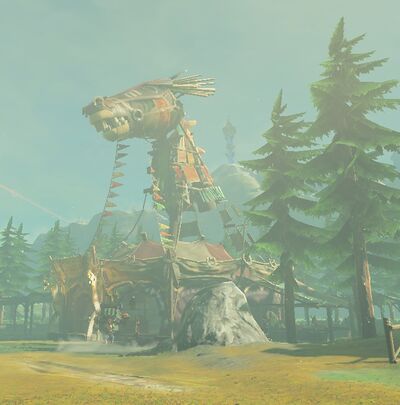 The Serenne Stable is a location in Breath of the Wild and Age of Calamity.

This Stable is one of fifteen that are located across Hyrule. It's one of the stables whose Shrine (Monya Toma Shrine) is among the farthest away from it, though alongside most other stables, it's downhill from its shrine.

It's relatively close to the Tanagar Canyon, though reaching Hebra is easier by following the road that leads to the northeast, and then surrounding the canyon to its north side and heading southwest through the same road. It's Paragliding the canyon across is somewhat impractical, though they can be crossed if Dinraal is passing through the canyon, as its fires will make the paraglider rise to a height from which the other side can be reached.