From Zelda Dungeon Wiki
Jump to navigation Jump to search
Want an adless experience? Log in or Create an account.
Forest of Spirits 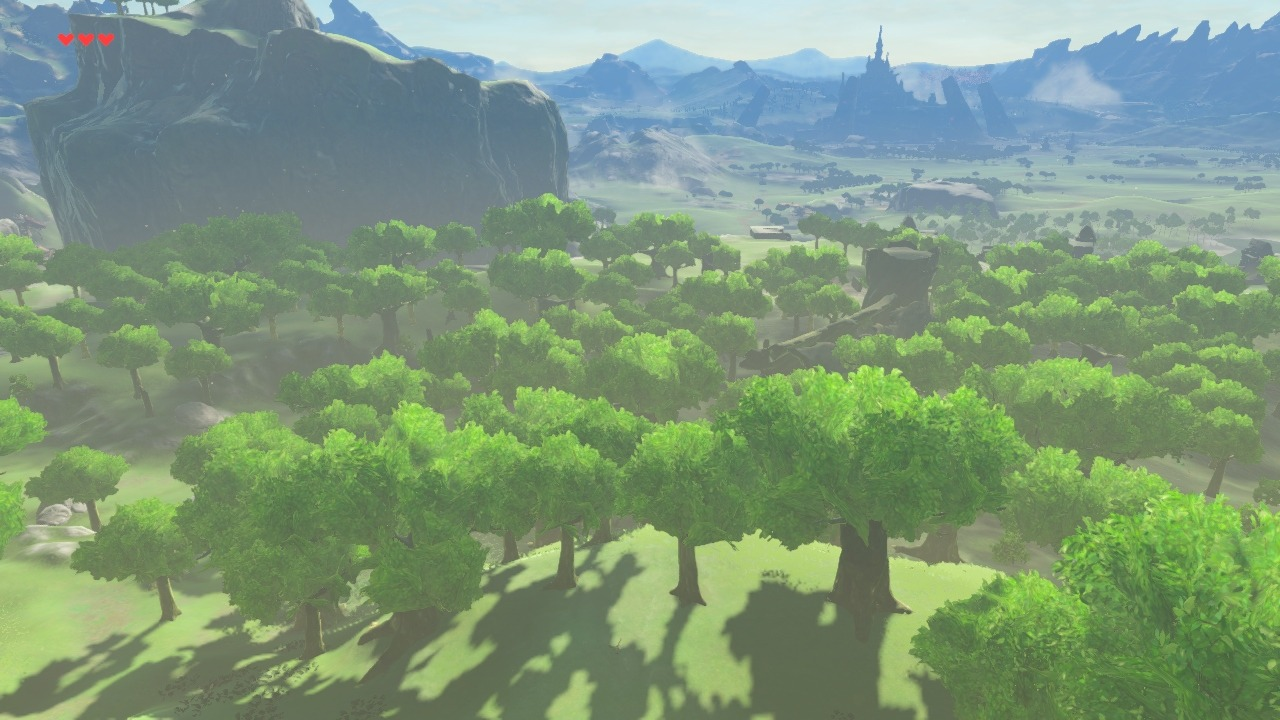 The Forest of Spirits is a location on the Great Plateau in Breath of the Wild. It is a dense woods with many Apple trees and various plants. There is a variety of wildlife found throughout the forest, including the Woodland Boar, which can be a great source of food early in the game. Towards the center of the forest just east of Hopper Pond, a clearing can be found where Link will encounter a Stone Talus. The forest encompasses the Hopper Pond, located at the west. 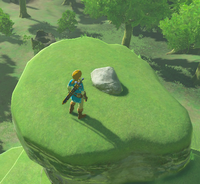 Pick up the rock at the top of the rock structure.

Climb to the top of this land structure and pick up the solitary rock. 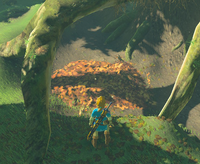 Clear the leaves, then pick up the rock.

Under this tree clear the leaves and pick up the rock. The leaves can be cleared by use of flames (i.e. Fire Arrows), Bombs, or metal one-handed weapons, such as the Traveler's Sword. 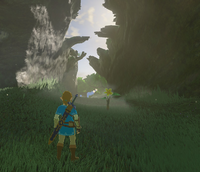 Go to the giant decayed tree trunk that is laying on its side and follow the flowers. 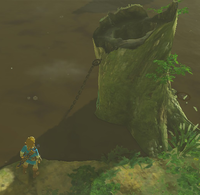 Use Magnesis to lift the ball on the chain into the hole of the tree trunk.

Just north of the forest is a tree trunk that has a chain going into the water and a hole in it. Lift the ball out of the water and place it in the hole.

Just north of the forest are two big rocks leaning against each other. Right under them is a smaller rock that you must pick up.