From Zelda Dungeon Wiki
Jump to navigation Jump to search
Want an adless experience? Log in or Create an account.
Coliseum Ruins 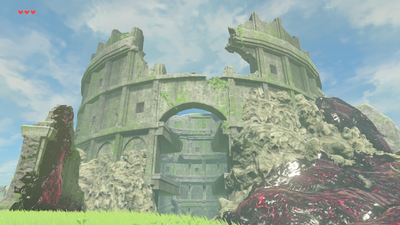 The Coliseum Ruins were once an arena used for combat, but like much of Hyrule, they have fallen into despair. They are now filled with strong monsters.[1] There are numerous Black Bokoblins, Black Lizalfos, Black Moblins, and a Lynel that infest the area.

If Link has not defeated a Divine Beast, or if he has only defeated one of them, all enemies in the Coliseum will carry weapons from the Hylia Series Soldier class.

After Link has defeated two Divine Beasts, increasing the World Level, all of the enemies in the Coliseum will receive an upgrade. Instead of the Soldier class, all enemies will be upgraded and will now carry items from the Knight class. This includes a Knight's Halberd, Knight's Claymore, Knight's Broadsword, and a Knight's Shield.

The Lynel on the main floor will be upgraded to a Silver Lynel, but will carry a Flameblade, Savage Lynel Shield, and a Savage Lynel Bow.

When playing in Master Mode, there will be Silver Bokoblin, Silver Lizalfos, and Silver Moblin as the base enemies, all wielding the aforementioned weapons depending on the number of Divine Beasts cleared. Furthermore, the Coliseum will begin with a Blue-Maned Lynel. After all Divine Beasts are defeated, a rare Golden Lynel will appear. 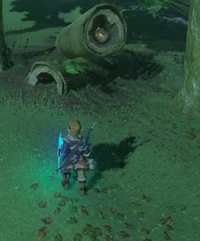 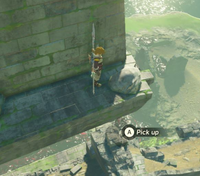 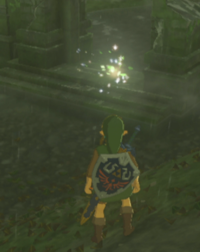