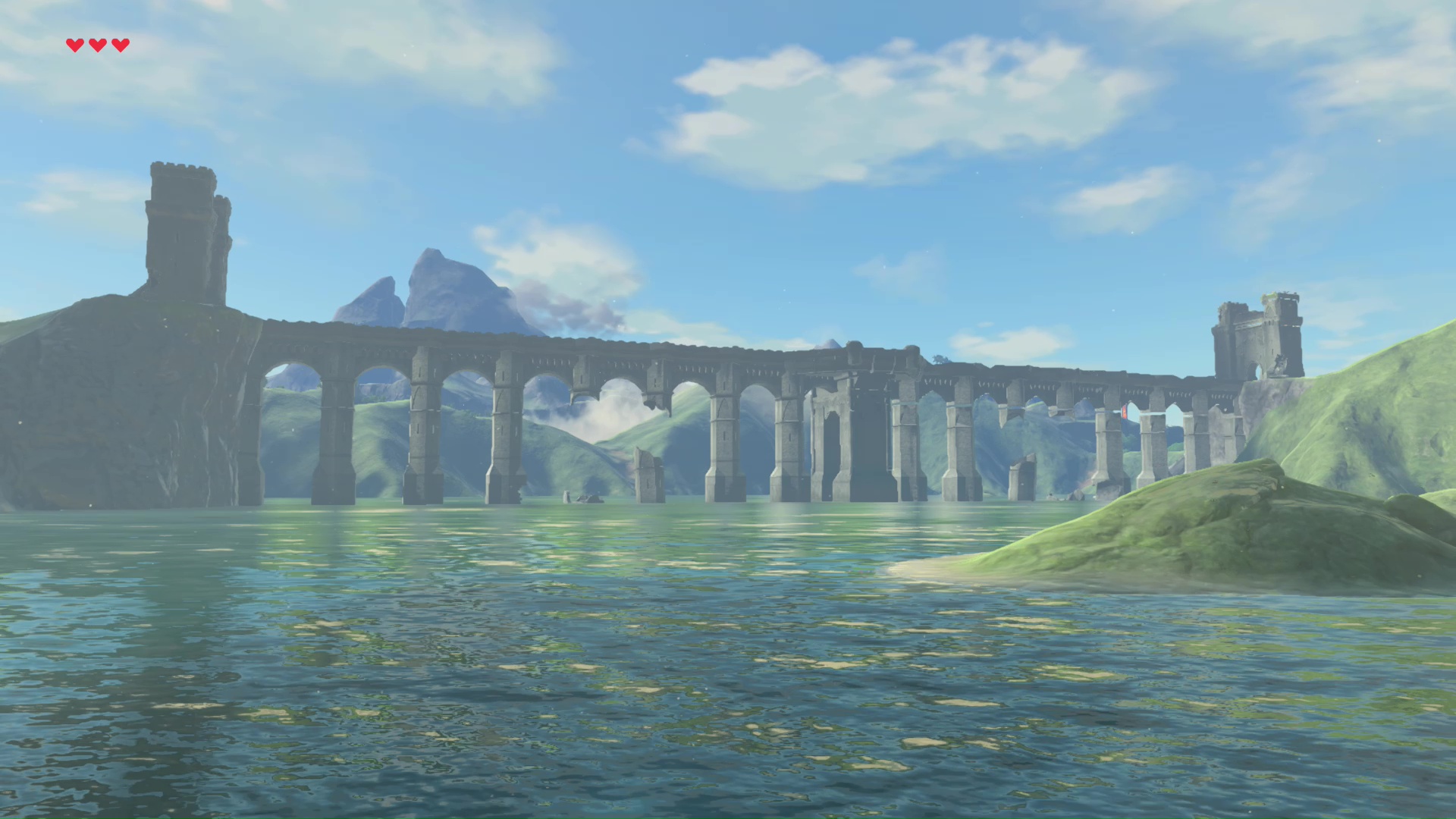 Bridge of Hylia is a location in Breath of the Wild. It is a massive bridge that extends across Lake Hylia, southeast of the Great Plateau Tower, and directly north of the Lake Tower.

While many of the columns beneath the bridge have crumbled, the majority of the bridge is still intact. The bridge follows that pathway that leads south and east to the Highland Stable, Lakeside Stable, and all the way east to Lurelin Village.

A large fountain is still fairly intact, located at the center of the bridge. There are three enemy Lizalfos in the area that disrupt Link as he passes by. There is a broken down wagon on the bridge and Link can find an Amber gem if he examines it. There is also a Rusty Claymore and Rusty Halberd on the ground beside the wagon.

There are a number of treasure chests surrounding the Bridge of Hylia. 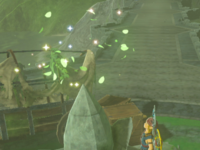 Examine the fairy lights at the top of the fountain.

Climb on top of the fountain and interact with the fairy lights.

Pick up the rock at the ruins of the broken pillar.

Pick up the rock on the ruins of the pillar directly underneath the bridge. 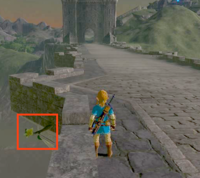 Follow the flower trail down the side of the broken pillar.

Follow the flower trail underneath the section of broken tower. 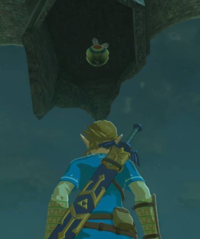 Shoot the balloon under the broken section of the pillar.

At the base of the bridge's broken pillar in the water, there is a slab that can be moved by either Stasis or an octo-balloon. Pick up the rock beneath the slab. 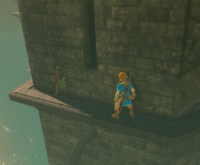 Climb down the bridge to the first set of windows. Pick up the tree branch on the narrow ledge.

Climb down the bridge and pick up a branch that is on the ledge of one of the pillars.