From Zelda Dungeon Wiki
Jump to navigation Jump to search
Want an adless experience? Log in or Create an account.
Aquame Bridge 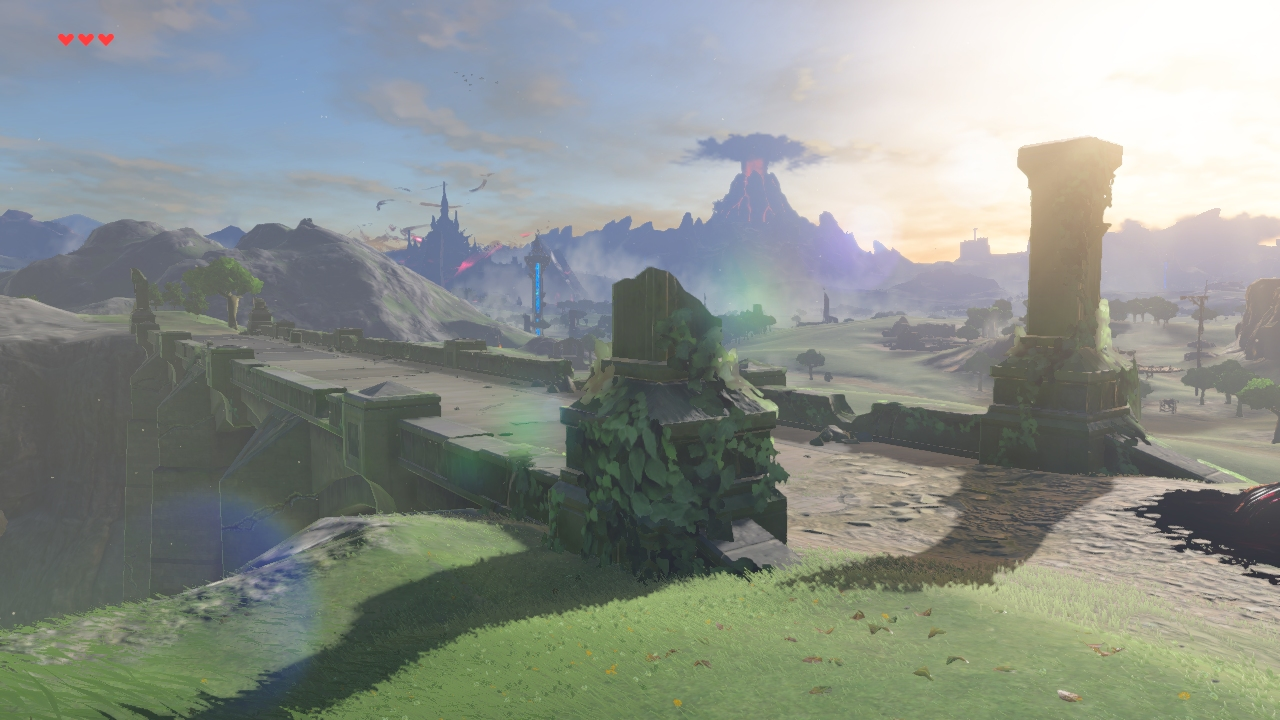 The Aquame Bridge is a location found in Breath of the Wild.

The Aquame Bridge follows one of the main paths in Hyrule Field and it extends over the Aquame Lake, leading towards the Coliseum Ruins. There are no enemies or animals found in the area, although just south of the bridge, Link will encounter some Malice that covers much of the ground.

Just northeast of the bridge, there is a block puzzle that Link can solve to get a Korok Seed. Further to the east, there is a circle of rocks with one rock missing in the nearby grass. Place it in the proper spot to get the Korok Seed. Another Korok can be found just west of the north end of the bridge. It is along the cliffside where there is a rock on a very narrow ledge. The rock camouflages with the cliff and can be difficult to see. One last Korok can be found underneath the bridge at the south end. Shoot the acorn with an arrow to get the seed.

The Aquame Bridge is named after the boss from The Legend of Zelda, Aquamentus. Similar bridges in the area are all named after bosses from the first Zelda game, including the Manhala Bridge, Gleeok Bridge, and the Digdogg Suspension Bridge. 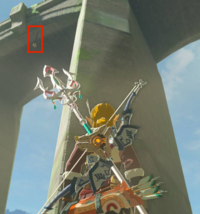 Shoot the acorn hanging under the bridge.

Under Aquame Bridge there is an acorn hanging on a chain. Shoot the acorn from below the bridge. 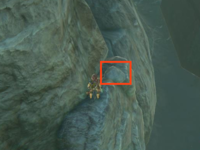 Halfway down the cliff there is a tiny ledge with a rock. Pick it up.

On the side of the cliff there is a tiny ledge with a rock that you can pick up.

There's a circle of rocks missing one rock. Use the rock nearby to complete the circle.