From Zelda Dungeon Wiki
Jump to navigation Jump to search
Want an adless experience? Log in or Create an account.
Dalite Forest 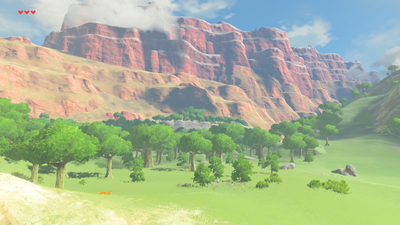 The Dalite Forest is a small forest in Breath of the Wild.

The Dalite Forest is a densely populated forest, found just west of the Regencia River and the Manhala Bridge. There is a steep elevation to the south, leading up to the Nephra Hill and Zirco Mesa. When traveling west from the Manhala Bridge, the main path splits off, with the main road traveling north, through the Safula Hill, Nima Plain, and eventually across the Jeddo Bridge. The other path travels west, right through the Dalite Forest eventually breaking off after the opening in the Nima Plain.

The forest has a variety of vegetation including some Big Hearty Radish, Hearty Radish, Hylian Shrooms, Endura Shrooms, Stamella Shrooms, and some Blue Nightshade. Link will encounter some Mountain Doe and Woodland Boar running around in the forest. 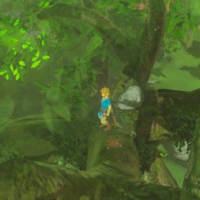 Under a rock up the large curved tree.

Climb the large curved tree, pick up the rock. 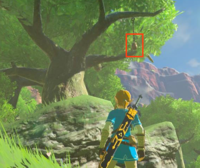 Shoot the acorn hanging from a tree. 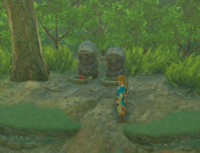 Put an apple in the empty bowl.

Put an apple in each bowl. 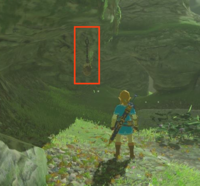 Destroy the acorn hanging under an outcrop. 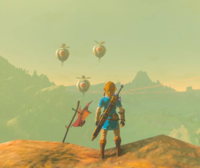 Shoot the balloons near the windmill.

Stand near the windmill and shoot the balloons.