From Zelda Dungeon Wiki
Jump to navigation Jump to search
Want an adless experience? Log in or Create an account.
Satori Mountain 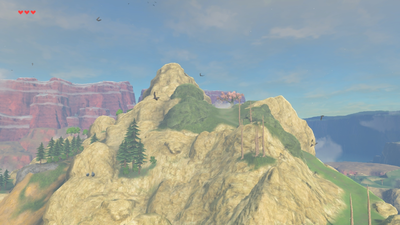 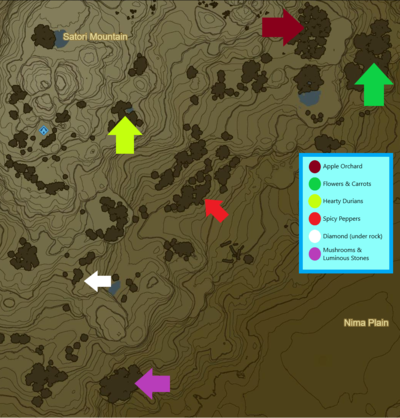 Map of some of the main orchards at Satori Mountain's southeast face.

Satori Mountain is a location found in Breath of the Wild. On certain nights, the Lord of the Mountain can be found here.

Satori Mountain is a large mountain range found in the Ridgeland Tower region of the world. The Tamio River borders the mountain to the north and west. The Nima Plain can be found to the east, and the Rutile Lake to the southwest.

At the far east end of the mountain, there is a small forest with a ton of materials that Link can collect. There is a variety of vegetation growing on the floor here, including Mighty Thistles, Hearty Radishes, Armoranth, Warm Safflina, Electric Safflina, Hyrule Herbs, Swift Carrots, and Blue Nightshade. On the higher elevation there is another cluster of trees that make up an Apple orchard. These two areas are two of the best areas for Link to return to in order to easily farm materials. Within the orchard there are several items lying around, including a Farmer's Pitchfork, a Farming Hoe, and a Woodcutter's Axe. As part of the Champions' Ballad expansion pack, an EX treasure chest containing the Ancient Bridle from the Ancient Horse Armor set can also be found on Satori Mountain.

To the north of the peak there is a small pond with a large tree. There are numerous Endura Carrots growing around the tree.

Just southeast of the peak of the mountain and southeast of the Mogg Latan Shrine, Link will encounter a Stalnox at nighttime. The Stalnox carries a Knight's Halberd, Flameblade, Giant Boomerang, and a Golden Claymore.

Throughout the mountain range, there are a variety of treasure chests that Link can collect.

Lord of the Mountain

Main article: Lord of the Mountain

The Mogg Latan Shrine can be found just south of the peak of the mountain. 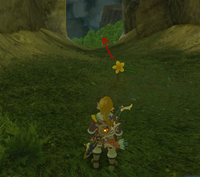 Start between the three large cliffs to the northwest, and follow the flowers.

Start between the three large cliffs to the northwest, and follow the flowers. 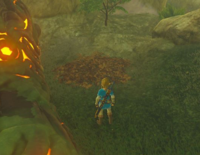 Under a rock under a pile of leaves. 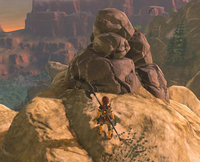 Bomb the large pile of rocks, then lift up the small rock that was hidden underneath.

Under a rock on top of a tree.

Climb the tree, pick up the rock. 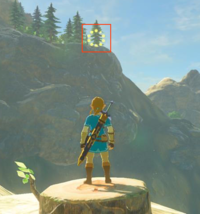 Start the race on the seed platform to the south and slightly west. Race up to the cliff edge before the time runs out.

The seed platform is south-southwest. Race to the ring. 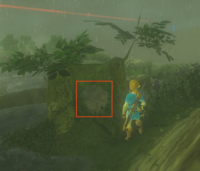 Pick up the rock in the hollow stump. 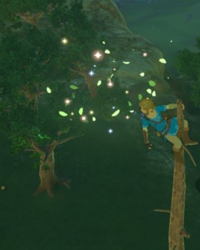 Climb up the long bare tree to examine the fairy lights.

Climb the tree and examine the fairy lights at the top.