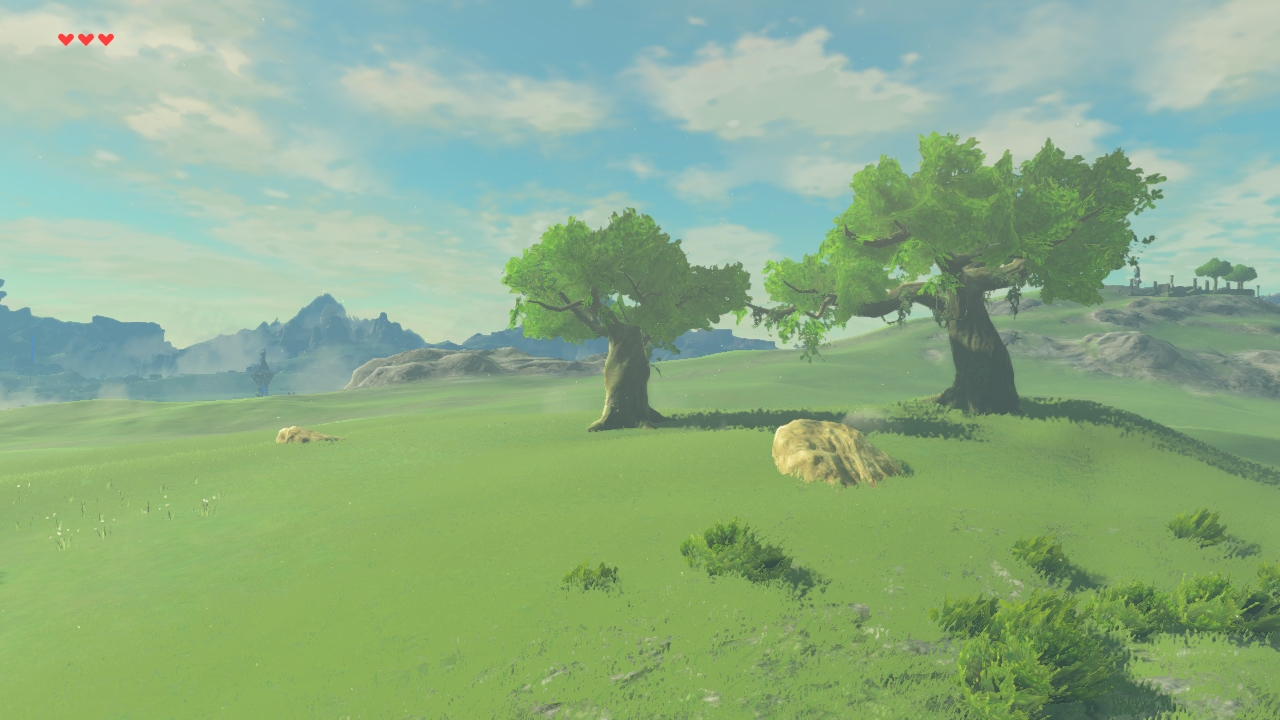 The Nima Plain is a location found in Breath of the Wild.

The Nima is a wide open and fairly empty field, located just east of Satori Mountain. To the north of the plain, the Jeddo Bridge can be found, passing over the Tamio River and connecting with the West Hyrule Plains. To the east, there is a steep decline leading down to the Regencia River.

There are a variety of creatures roaming across the plain, including numerous wild Horses, some Mountain Goats, and a bunch of Water Buffalo towards the north. 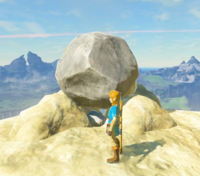 Get the large boulder out of the way and then lift up the small rock hidden underneath it.

Move the big rock, pick up the little rock.

Shoot five balloons near the pinwheel. 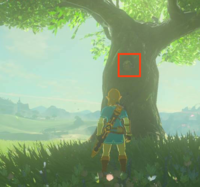 Destroy the acorn in the hole in the side of the tree. 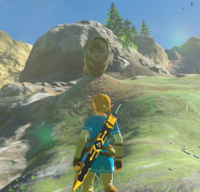 Break the nut in the hole of the fallen tree.