From Zelda Dungeon Wiki
Jump to navigation Jump to search
Want an adless experience? Log in or Create an account.
Blue Moblin 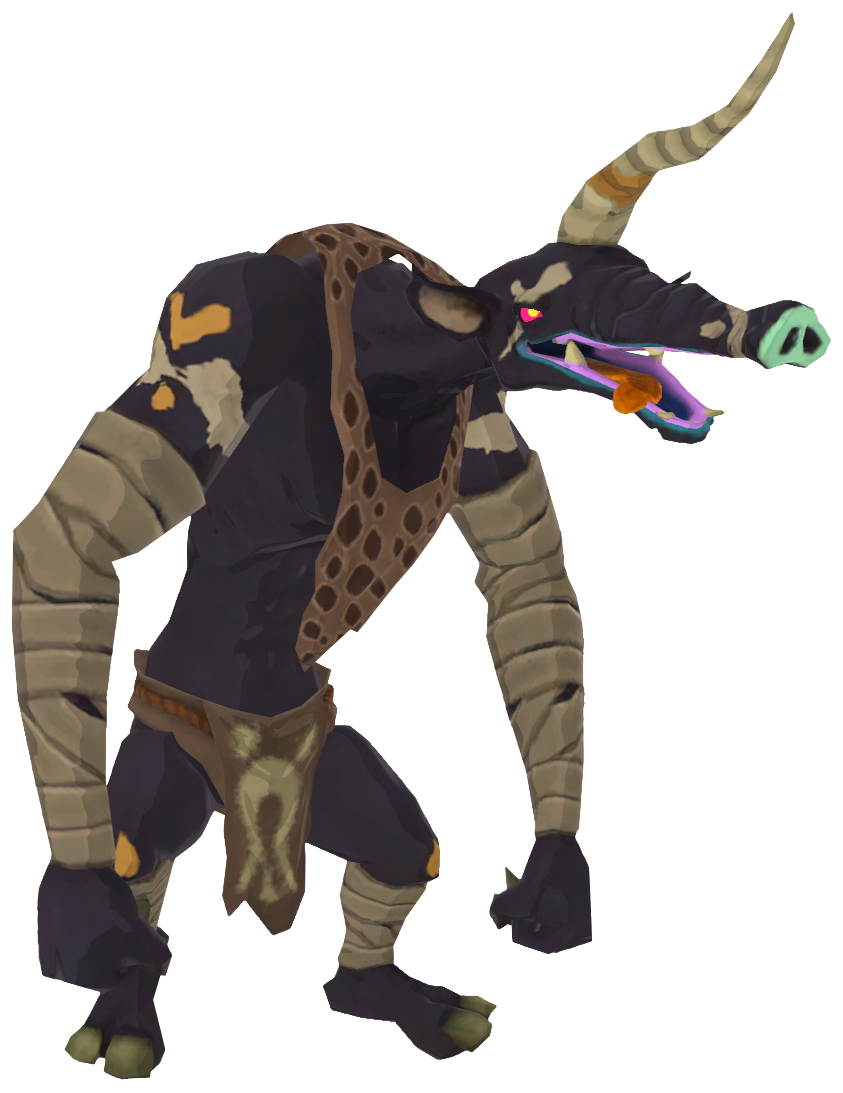 Blue Moblin are stronger variants than the standard Red Moblin, found in Breath of the Wild and Age of Calamity. They are much tougher enemies and often wield stronger weapons.[1]

Blue Moblin in Breath of the Wild most commonly wield Spiked Moblin Clubs and Spiked Moblin Spears. However, they occasionally wield non-Moblin based weapons, including the Soldier's Broadsword.

Blue Moblins are found all over Hyrule, although they are must abundant in the Akkala province, specifically in the area just west of the Akkala Ancient Tech Lab. They are all over the Tumlea Heights and found on both sides of the Bloodleaf Lake. They appear elsewhere, usually in smaller numbers with other Moblins and Bokoblins. There are a troop of them on the Carok Bridge, that connects the Central Tower and Ridgeland Tower regions of Central Hyrule province. They also appear in the Gerudo province, mostly found just north and northwest of the Wasteland Tower, on the higher elevations.

With a health of 144 HP, they are nearly three times as strong as the base (red) Moblin, but have a little less than half as much health as the Black Moblin. Like the standard Moblin, they will drop Moblin Horns and Moblin Fangs when defeated. However, the blue variation will also occasionally drop Moblin Guts.

In Master Mode, the Blue Moblin become the default Moblin, replacing all of the Red Moblin. In turn, the existing Blue Moblin are all replaced with Black Moblins. World Level increases still apply.

Blue Moblin in Age of Calamity are mini-bosses that often appear as leaders of outposts. They are stronger variants of the standard Moblin, dealing slightly more damage and having more health. They first appear in the first scenario of chapter 2, Mipha, the Zora Princess. When defeated, they will occasionally drop a Moblin Fang, Moblin Horn, or some Moblin Guts. After each Blue Moblin is defeated, the player will receive a Moblin Trophy, which can be used to complete quests or upgrade weapons of the various warriors.