From Zelda Dungeon Wiki
Jump to navigation Jump to search
Want an adless experience? Log in or Create an account.
Golden Bokoblin 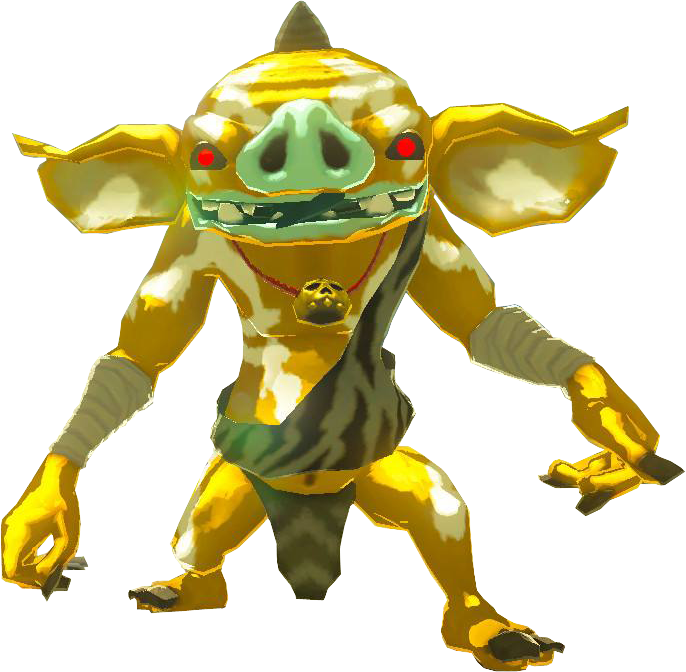 The Golden Bokoblin is the strongest variant of the Bokoblin from Breath of the Wild, found exclusively in Master Mode.

The body of the enemy is a gold shade, with white spots all over. It said that these Bokoblin were actually Silver Bokoblin who were transformed after being struck by lightning. This could also explain why they have such high tolerance for electric attacks.[1]