From Zelda Dungeon Wiki
Jump to navigation Jump to search
Want an adless experience? Log in or Create an account.
Black Moblin 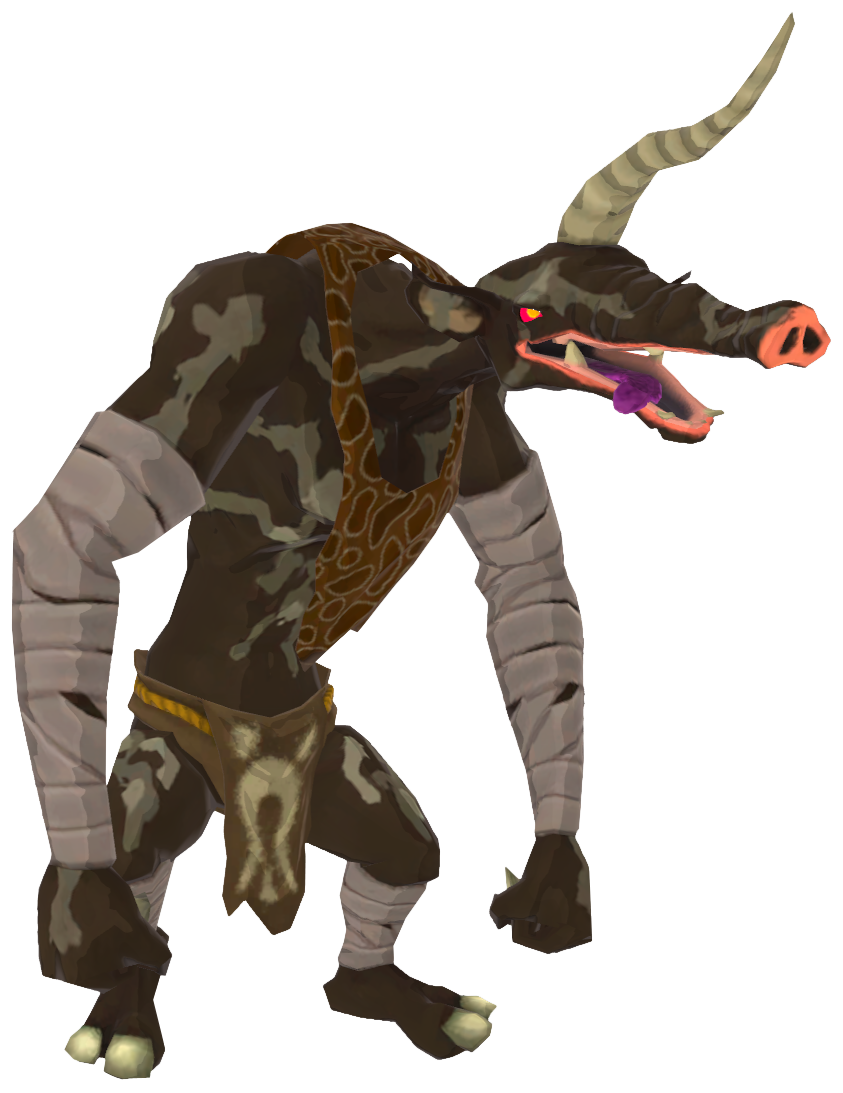 Black Moblin serve as the Level 3 Moblin type in Breath of the Wild and Age of Calamity.

Black Moblin are much stronger than their Red Moblin and Blue Moblin counterparts. They are much more resilient, have significantly more health, and wield some of the strongest weapons that a Moblin can carry.[1]

These enemies wield some of the widest variety of weapons, including anything from Thunderspears, Flameblades, to even the weakest weapons such as Torches. However, the common weapons that they use include Dragonbone Moblin Clubs, Dragonbone Moblin Spears, Knight's Broadswords, Lizal Forked Boomerangs, and Knight's Bows.

Black Moblin are most commonly found in some of the outer regions of Hyrule, including the Hebra, Eldin, and Gerudo Highlands regions. They are also fairly abundant within Hyrule Castle.

With a health of 360 HP, their resilience is more than double that of Blue Moblin. Like the Blue Moblins, they will drop Moblin Horns, Moblin Fangs, and Moblin Guts when defeated.

In Master Mode, the Black Moblin will replace all instances where Blue Moblin previously were. In turn, the existing Black Moblin are all replaced with Silver Moblin.

Black Moblin in Age of Calamity are mini-bosses that often appear as leaders of outposts. They are much stronger variants of the standard Moblin, dealing slightly more damage and having more health. They first appear in the final scenario of chapter 3, The Road Home, Besieged. When defeated, they will occasionally drop a Moblin Fang, Moblin Horn, or some Moblin Guts. After each Black Moblin is defeated, the player will receive a Moblin Trophy, which can be used to complete quests or upgrade weapons of the various warriors.