From Zelda Dungeon Wiki
Jump to navigation Jump to search
Want an adless experience? Log in or Create an account.
Botrick 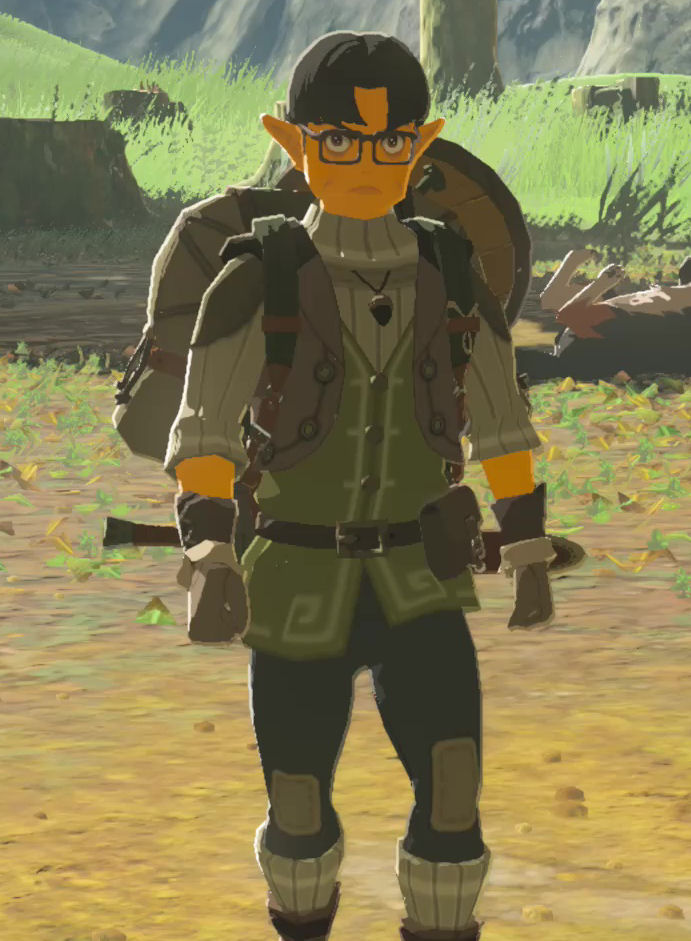 Botrick is a character from Breath of the Wild

Botrick is a watchman who can be seen patrolling the roads around the Outskirt Stable.[1][2] He wields a Traveler's Sword and a Wooden Shield.

When Botrick walks up the pathway head north, he will stop to take a look in the distance at the Satori Mountain. He mentions that normally there are very few animals that make their home on the mountain, but occasionally the Lord of the Mountain will appear, which causes all sorts of other animals to also appear.[3] While heading back towards the stable, Botrick will tell Link that if he'd like to head to Rito Village, he should travel through the Tabantha Frontier. However, he warns Link of the enemy Guardians that are found along the path.[4][5]

When Botrick returns to the stable, he will advise Link that if he going to keep traveling, he best prepare his weapons and equipment to defend himself.[6] He will also talk about the legendary weapons that can be found within Hyrule Castle, but advises Link to stay away as it is way to dangerous.[7] When Botrick gets up and begins his patrol once again, he will talk about the Coliseum Ruins that are right on the other side of the rocky mountains to the east. The area is filled with fell monsters and it is a fairly dangerous area to go to.[8][9][10]

Botrick will also double as a vendor, where he deals in Arrows.[11][12][13] He sells regular arrows and Fire Arrows, but on rainy days, he will also deal in Ice Arrows.