From Zelda Dungeon Wiki
Jump to navigation Jump to search
Want an adless experience? Log in or Create an account.
Hylian Blacksmith Guild 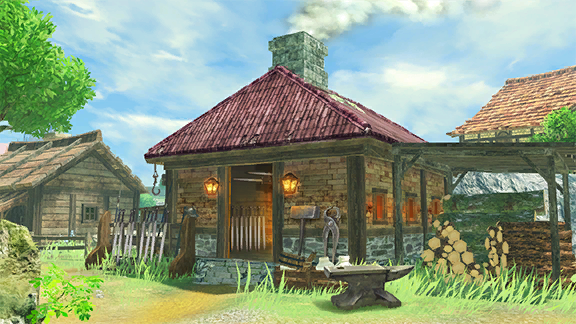 If the base weapon has an open seal slot, or will have one as a result of leveling up from the fusion, it will be filled by the first seal on the first weapon used as fusion material that has a seal. If multiple slots are open, they are filled in the order the material weapons are selected, using only one seal per weapon. If a new slot unexpectedly opens due to a great success, it will not be filled, except for special seals at levels 25 and 30.

Huge successes can be exploited by saving before fusing, and loading that save if the result isn't a huge success.

Once a weapon has reached level 20, the Hylian Blackmith Guild can raise its maximum level to 25, and at level 25 it can be raised to 30. With the DLC, at level 30 it can be raised one more time to 50. Raising the weapon-level limit costs a certain amount of materials and rupees.

Removing seals opens slots that can be filled with different seals. The Hylian Blacksmith Guild offers three types of seal removal: it can remove one seal at a time, all seals at once (excluding Hidden Seals), or a Hidden Seal (DLC only). To remove seals from a weapon, first select the character, then select the weapon, followed by one of the removal types. For "Remove One" and "Remove Hidden Seal" you will be prompted for which seal to remove. Prices are listed below: