From Zelda Dungeon Wiki
Jump to navigation Jump to search
Want an adless experience? Log in or Create an account.
Goddess Statue 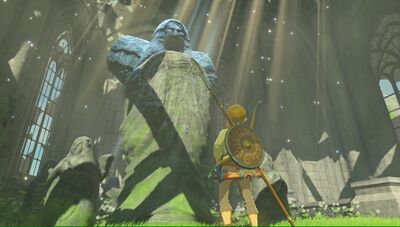 The Temple of Time's Goddess Statue from Breath of the Wild

Goddess Statues are stone representations of the goddess Hylia, seen in Skyward Sword and Breath of the Wild. 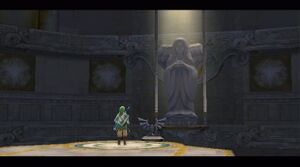 A Goddess Statue in the Isle of Songs.

Goddess Statues are located in places sacred to Hylia.

The largest one, known as THE Statue of the Goddess, was originally located outside the Temple of Hylia in Faron Province, but was raised into The Sky as part of Skyloft when Hylia evacuated the humans from the Surface in the face of Demise's demons.

Three locations with smaller statues are known to exist: in the Skyview Spring behind Skyview Temple, in the Earth Spring behind the Earth Temple and on the Isle of Songs. Each has a Goddess Crest which awaken messages from Hylia in Fi's memory to her hero when struck with a Skyward Strike.

The two Goddess Statues in the Springs each also grant the hero a tablet - the Ruby Tablet in the Skyview Spring, the Amber Tablet in the Earth Spring, allowing passage to another area of the Surface.

The Goddess Statues on the Isle of Songs are animated, singing the songs Farore's Courage, Nayru's Wisdom and Din's Power for Link to learn.

"These are stone statues of the goddess Hylia, who is worshipped throughout Hyrule. They can be found in each of the major villages, but there are also versions large and small in every part of the realm." 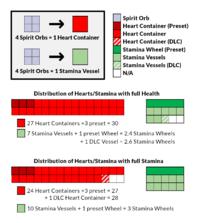 There are many Goddess Statues in Breath of the Wild. A large Goddess Statue can be found in the ruins of the Temple of Time. When approached, Link can pray to it. If Link possesses four Spirit Orbs, he can trade them for either a Heart Container or an additional one-fifth of a circuit for his Stamina Wheel.

The largest and "oldest Statue of the Goddess" sits in the Forgotten Temple, and may be the same Statue which once stood on Skyloft, given age, erosion and resculpting.

The Horned Statue at Hateno Village functions as a variation on the Goddess Statues, with an evil spirit trapped within by Hylia who interchanges Link's Heart Containers and Stamina Vessels in exchange for Rupees.